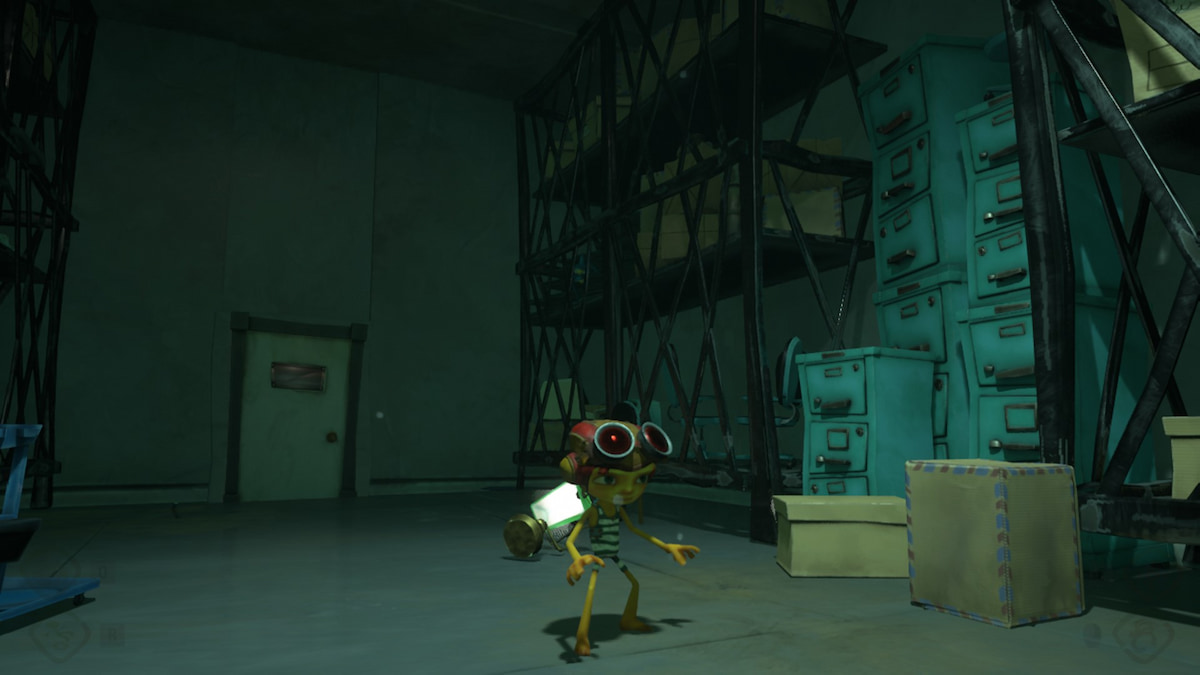 Before Razputin can make his way to the Second Head’s office in the Motherlobe in Psychonauts 2, he’s stopped by several of the other interns. They lock him in a storage room without any of his clothes, convincing him they were going to supply him with a uniform for his new position in the Psychonauts. This guide details what you need to do to escape the storage room.

When you initially arrive inside the storage room, there won’t appear to be a way for you to escape. However, if you burn the painting in the middle of the storage room using your Pyrokinesis, you can reveal a hidden way to leave the location. Before you leave, make sure to jump on the lockers to your left to grab the PSI Challenge Card on top of the stacked lockers.

Once you’re through the exit, go to the left and proceed through the next room, where you won’t be able to advance because of a door blocked by a security code. A cutscene will play out, and then you’ll gain the psychic ability Clairvoyance. You’ll then use it on Harold, the rat who will scurry through the room’s small vent and find the password on a small notepad. The password will be 0726. You can then exit out of the ability to return to Razputin.

Now that you know the code, type in 0726 to the keypad, and you can open the door. You then have to jump on a rope ledge and follow it down where you’ll be outside a window where Milla and Lili are talking with each other. Continue shimming to the right until you enter another ventilation system.

When you exit the ventilation system, you’ll enter a room with Otto and Sasha, who’s able to supply you with another set of clothing. Another cutscene will play out, but you’ll be able to return to the Hollis’ office, the Second Head.