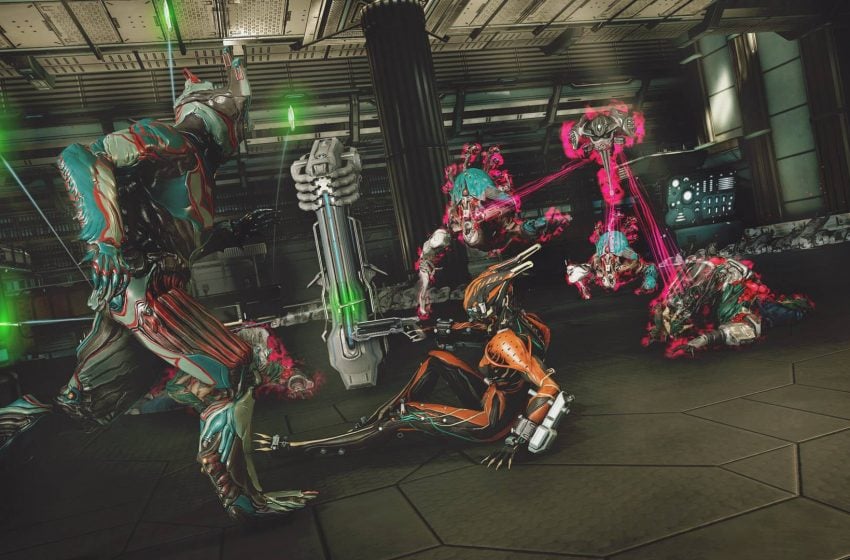 Repeller Systems in Warframe is a crafting component that you can earn by doing Heist Bounties. These are special Bounties that you can do for the Vox Solaris Syndicate on Fortuna and involve taking down the Orb Mother that guards the Orb Vallis. Repeller Systems are a Rare reward that can drop after the mission is complete, but they can be hard to get and involve a lot of grinding.

Talk to Eudico and accept the mission, then head to Orb Vallis. Go to the Enrichment Labs, and head into the back, on the lowest floor. You will need to kill three Corpus Directors; the first one spawns below the closed-off security room at the end of the Labs. Killing the first one will cause the second one to generate about halfway through the lab, towards the entrance, and the third one will spawn in the first main room of the Labs.

When they are all dead, head back outside, and two Terra Ambulas will spawn to guard the harmonic schema. Take them both out, grab the harmonic schema that will drop in the room they were guarding, and make your way back to Fortuna. Upon completing the mission, you will hopefully get some Repeller Systems from the rewards pool. You grind the mission until you have the number that you need.

It shouldn’t take long to become very efficient at this, especially with a full squad. Three players take up a position at the spawn points for the Corpus Directors, with the fourth waiting outside with a Sniper Rifle. As each Tenno kills their target, they can join the player outside, then quickly kill the Terra Ambulas that spawn. With a small amount of practice, you can clear this mission in two to three minutes, making it a great way to farm Repeller Systems.

If you have already maxed out your Standing with Vox Solaris, then you can get the Repeller Systems from Little Duck for 5000 Standing, which is definitely the quickest way to do it. The bad news is that you need to farm the Repeller Systems before you can even get to that rank, as they are one of the resources you need to sacrifice to rank up with the Syndicate.