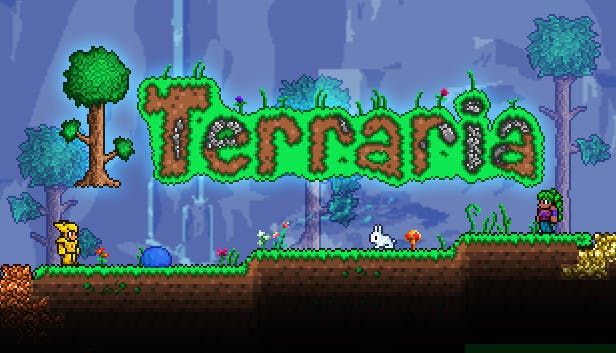 For those who want to have a good time in Terraria, you and your friends can now create a band together using musical instruments in the game. There are only a handful of instruments available, but you can play some of your favorite songs using them.

You won’t be able to craft the instruments. You need to locate them by finding them as random drops from NPCs throughout the world. These items are random drops, so you need to take out a variety of different enemy NPCs to find the various musical instruments added with Update 1.4.

The musical instruments in the game are not named ‘guitar’ or ‘drums.’ Instead, they are names of new songs. For example, you can find a guitar called Rain Song, and it’ll play the track associated with the name. To play the instrument, have it in your upper toolbar and then equip it to your character. From there, you can freely use it as if you were to use a weapon or a tool, and your character can start playing it.

There are likely several new instruments in the game. These instruments are different than the other ones previously in the game you could purchase from the wizard, notably the harp.

Because of the new update, we’re not too sure how many of them there are, or where you can find them. Right now, we know one of them drops from the Flying Fish that spawn while it’s raining. We’ll readily update this guide with more information about how to obtain them, how many there are in the game, and where you can get them.