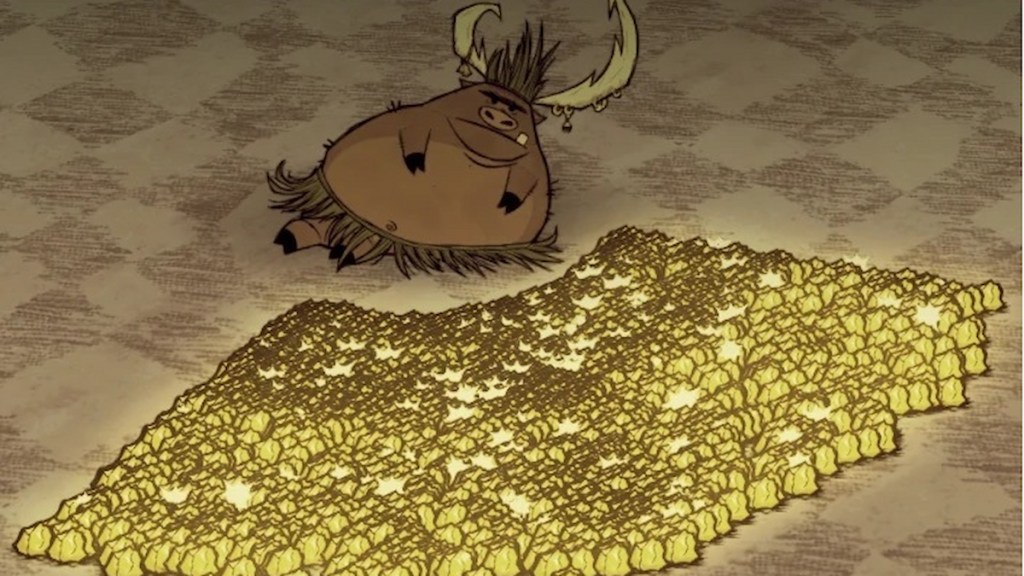 Gold is one of the most sought-after resources globally, and in Don’t Starve, it isn’t any different. Gold is an essential item needed to craft many of the recipes you’ll need to survive in Don’t Starve. Luckily, gold isn’t that hard to find if you know where to look for it.

The primary way you’ll obtain gold is through mining boulders with gold veins and stalagmites. Boulders are mostly found in the savannah and rockyland biomes but may also randomly appear in other biomes. You’ll need a pickaxe to mine for gold, which can be built using two sticks and two flints. Pickaxes can be built without the use of a science machine so gold can be obtained very early in your playthrough. Stalagmites are like boulders, only found down in caves, and caves are much harder to traverse than the world above, so stick to finding boulders first.

While running around the world of Don’t Starve, you may find areas filled with graves that are covered in fog; these are graveyards. There is usually an abundance of gold lying around in graveyards for no explainable reason. Since you’re usually just walking by it, you might as well pick it up anyway.

The other way to get gold is to give items to the Pig King. He’s an NPC found in pig villages, and his only purpose is to receive items and provide the player gold. You’ll have to give him meat-based food though, not any fruits or vegetables. Morsels, meat, and fish are the easiest meats to find so if you have any extra, give them to the Pig King.

Gold is used for golden tools, which last a lot longer than their regular counterpart, and are also used for science and alchemy machines. These machines are used to gain access to more recipes, and thus help you craft more items to survive. You’ll also need gold if you want to craft a fridge you keep your food for any decent amount of time, so go mining for some gold.