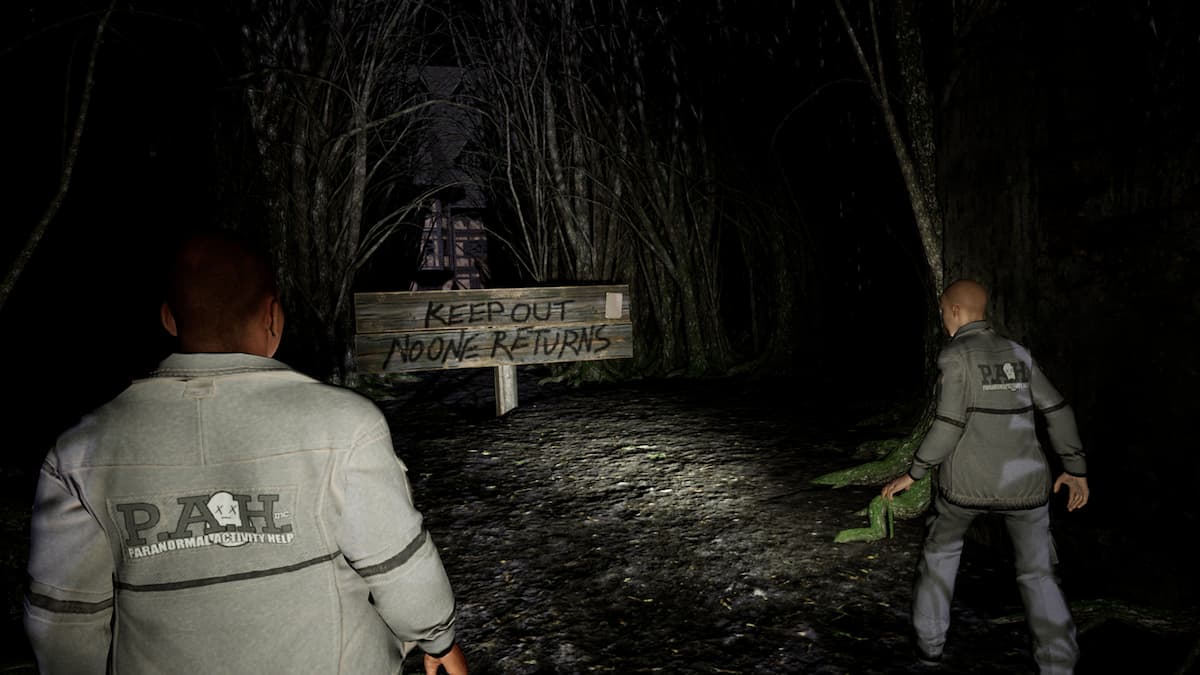 There’s something magical about playing horror games with friends — it brings out the feeling of holding on for dear life, or of playing hide and seek in a familiar place. If you and your friends need a good scare, we’ve got you covered with these 10 excellent horror games to play with friends, from our least favorite to our most favorite.

Classics never die. Left 4 Dead 2 has been one of the premier co-op horror experiences for nearly a decade, and it still holds up. Whether you’ve played it time and time again and want to bring a new player along for the ride, or you’re looking for a new obsession for your group, Left 4 Dead 2 promises to deliver with endlessly replayable levels and perfect pacing thanks to its signature AI Director system.

Don’t Starve Together is the cooperative version of Klei Interactive’s indie hit survival game Don’t Starve. If you’re not familiar, the art style might make it look harmless, but if you keep going, there’s a unique “oh shit” actor that Don’t Starve has that makes every action build with mounting dread. Add to that the stresses of working with friends, and you’re in for a dark trip.

Eternal Return is a unique beast — developers Nimble Nueron call it a survival horror battle royale MOBA, which is a lot of descriptors for an incredibly innovative free-to-play experience. Players assemble into teams of one, two, or three people, all trying to be the last left alive from a group of 18 survivors dropped onto Lumia Island. Left to compete for weapons, food, water, and other resources, you’ll find yourself hunting, being hunted, laying traps, and trying to survive through heart-pounding scenarios in this sleeper hit MOBA that’s taking off in Korea. Out of every battle royale, this is the one that’s closest to the twisted tone of the film that gives the genre its namesake.

Crytek’s competitive first-person action game Hunt: Showdown has amassed a cult following since its launch, and it’s easy for us to see why: the beautiful artwork and intricate environments turn every moment into its own horror movie. Link up with friends and go online for a real test of will.

Project Winter is an innovative game that builds on a classic formula: you’re part of a group that’s stranded in the freezing cold, but one of you is not who they seem. The vibe is extremely reminiscent of the horror classic The Thing, and Project Winter beautifully builds on that premise with a mix of survival and imposter elements that draw on games like Don’t Starve and Among Us. And to make things better, Project Winter is available on Xbox Game Pass, so it should be easy to get a group together.

Developer Hitchcock Games has mastery over this kind of frenetic first-person horror, and Pacify is their most popular game yet. Get together a group and explore the mysteries of one of the most messed up haunted houses in all of horror, and if you can’t get enough, check out the other games from Hitchcock Games.

There are many different SCP games we could have recommended here, but Pandemic stands out as the most ambitious and timely. The world of SCP is full of environmental storytelling that has a way of sneaking by your defenses to gradually unsettle your mind and make your skin crawl, and the layering of more action-oriented gameplay in SCP: Pandemic only amplifies the jittery feeling.

The Blackout Club can be polarizing — some people hate it, while some of us insisted that this should be number one on the list. Do yourself a favor: try it out. The Blackout Club takes the best parts of other co-op survival experiences like Phasmophobia and puts it into a colorful, disarming package before letting a world of horrors loose on you and three friends. Perfect for fans of Stephen King, Coraline, or the original Suspiria.

Dead by Daylight is a mainstay with streamers, and with good reason: this 4v1 survival horror game is endlessly replayable, creating yelps and jitters and shouts in even the most hardened players. Whether you’re looking for a casual diversion or a new obsession, Dead by Daylight has tons of content to explore, with more being added all the time.

Phasmophobia was one of the surprise hits of 2020, and it has arguably the best VR integration of any horror game to date. Dive in with friends and find out what all the fuss is about in this instant classic ghost hunting horror game.