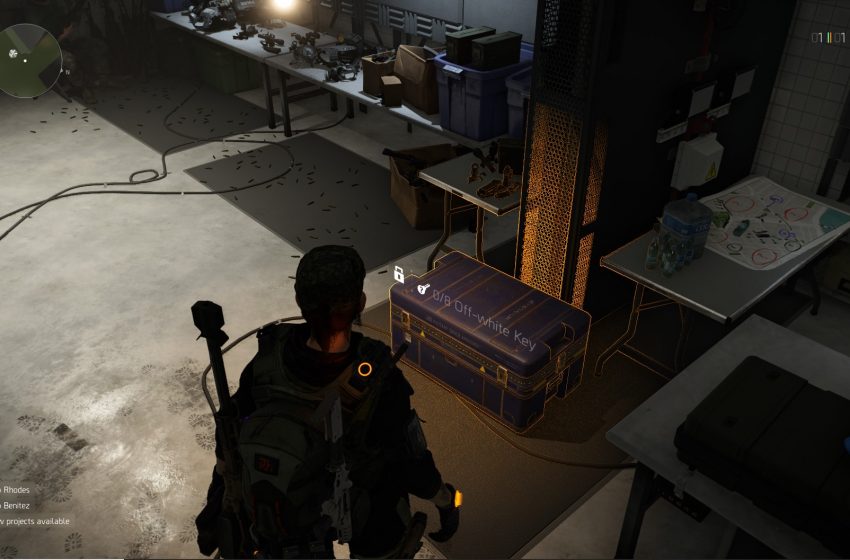 You need to collect special keys to unlock specific crates in The Division 2 to gain access to new items and equipment to upgrade your character. There are unique ways to get a good majority of the keys, such as the faction keys of the Cleaners and the Rikers. For those who have the Warlords of New York expansion, you may have noticed there’s a loot cache available in the settlement that requires Off-white keys to unlock.

These keys work just like the ivory keys, which many who played The Division 2 when it released may remember from the White House. You need eight of them to open up the crate, so you need eight Off-white Keys to open up the cache. You can find it when you first load into the Settlement at the bottom of the elevator. It’s to the right of Kelso, next to the barber station where you can change your Division agent’s appearance.

Grabbing these keys is no easy task. If you want to grab them, you need to take down the new hunters in New York. There are eight of them, and locating them is no easy task. When you do take them down, you receive some great loot, a special mask associated with them, and an Off-white Key.

You may want to bring a friend with you to take on these hunters. They are extremely powerful, and you likely need to use a guide to find out how to summon them. There’s a specific technique you need to do to make them show up, and not many people know about them.