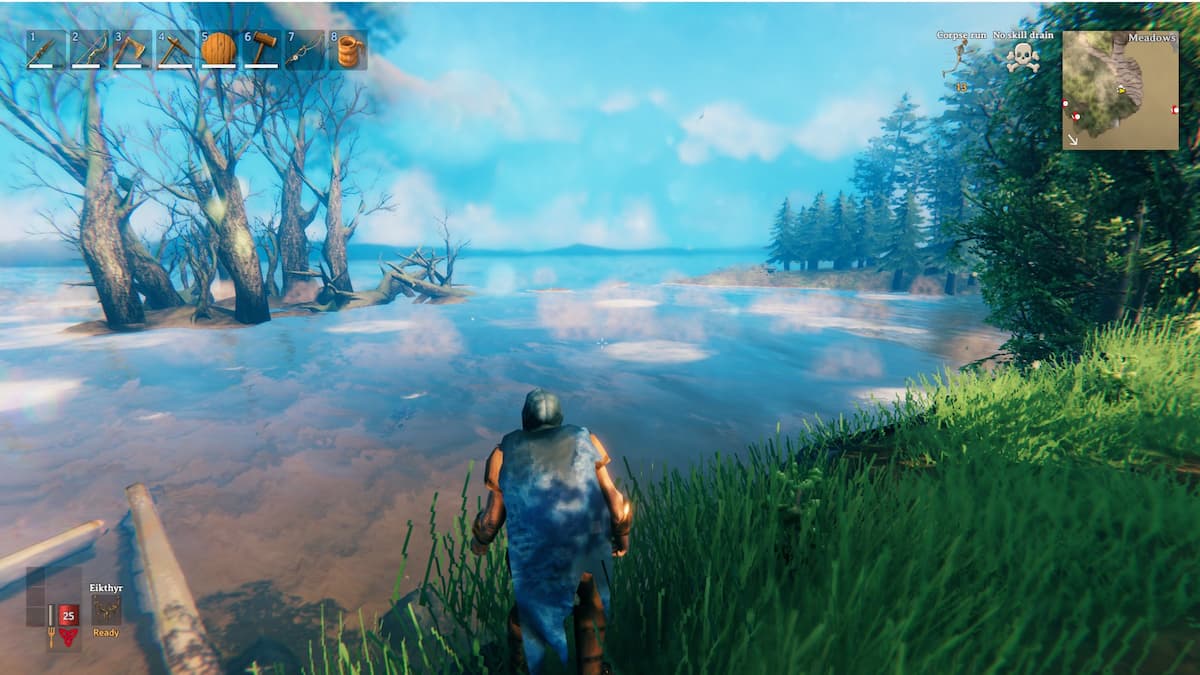 The various bosses in Valheim, commonly referred to as the Forsaken, typically possess an item you need to acquire to progress in the game. For example, the first boss, Eikthyr, contains hard antlers, and you need if you’re going to craft a pickaxe to start harvesting for copper and tin. For those eager to venture out into the Swamp, you’ve likely encountered the Burial Crypts, the Swamp Biome’s version of a dungeon. You need to venture inside, but you can only find it in one place.

Where to find Swamp Keys

The only location you can obtain these Swamp Keys by taking out the second boss, the Elder. The Elder won’t visibly display their site on the map unless you find a runestone similar to the same one you saw when you started the game, where the Eikthyr’s trophy is now placed. You can find these runestones inside of dungeons in the Black Forest.

Once you’re ready to take out the Elder, you can head over to its location and summon it. You’ll need a few ancient seeds to call it, and you can gather these up by taking down the larger Greydwarf enemies or by destroying their nest. After the Elder falls, it drops a few of the Swamp Keys, and then you’re in business.

You only need one of these keys to access a Crypt. The keys do not despawn after you’ve used them, so as long as you have one in your inventory, you’re ready to dive straight into the Crypts. What’s inside there that’s so precious? Iron, the next resource you’re going to be using to make even more powerful armor, weapons, and tools.