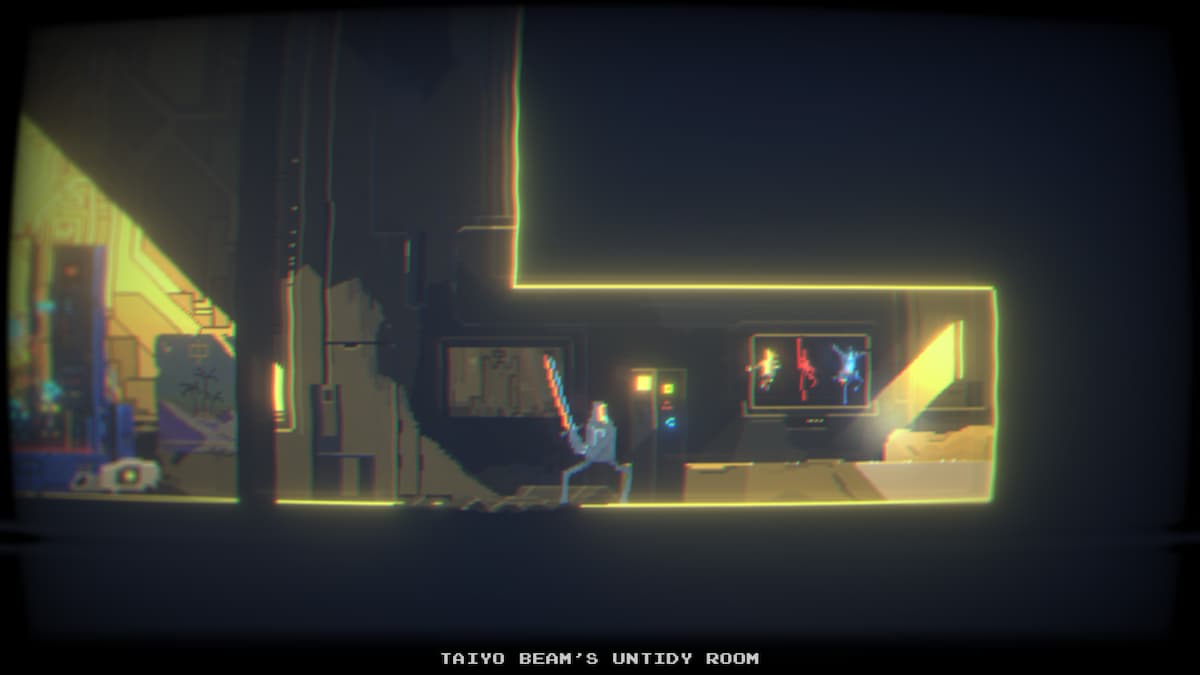 When you enter the desert simulation area of Narita Boy, you’ll meet a new friend named Taiyo. After talking to them, the two of you will fuse, which gives you the power to use Taiyo’s beam power to fight off enemies. However, the benefits don’t stop there. Taiyo also tells you that they have hidden the second floppy disk backup inside of their house. You need five of those bad boys to reconstruct the Creator’s first memory, so it’s important to seek this out. Unlike most of the quantum mediator puzzles to this point, this one requires quite a bit of hunting. So, if you need some help, check out our guide below.

In the room where you acquire the uppercut ability, there’s a hidden area to the left. To get there, you need to stand on the box we’re on in the screenshot above and then do an uppercut attack into an air dash. If done correctly, you should be in the room. There, you’ll find the first part of the code and unlock a new achievement while you’re at it.

Both the blue and yellow codes are located inside the Oasis. You might notice them if you’re paying close attention while doing the main quest. As you can see in the screenshot above, this one is hiding in plain sight. Jot it down for later.

The last code is also sitting in the Oasis. Just head to the very far left, and you’ll see the yellow symbol sitting just above the Creator. Now that you have all three, it’s time to head to Taiyo’s hidden room.

Where is Taiyo’s hidden room?

Using the Oasis’ quantum mediator, you need to plug in the code you’ve scrounged up from the hidden locations. If you do it correctly, you’ll hear a friendly chime and be transported to the hidden room. Head to the far right of the room and pick up the second piece of the floppy disk.