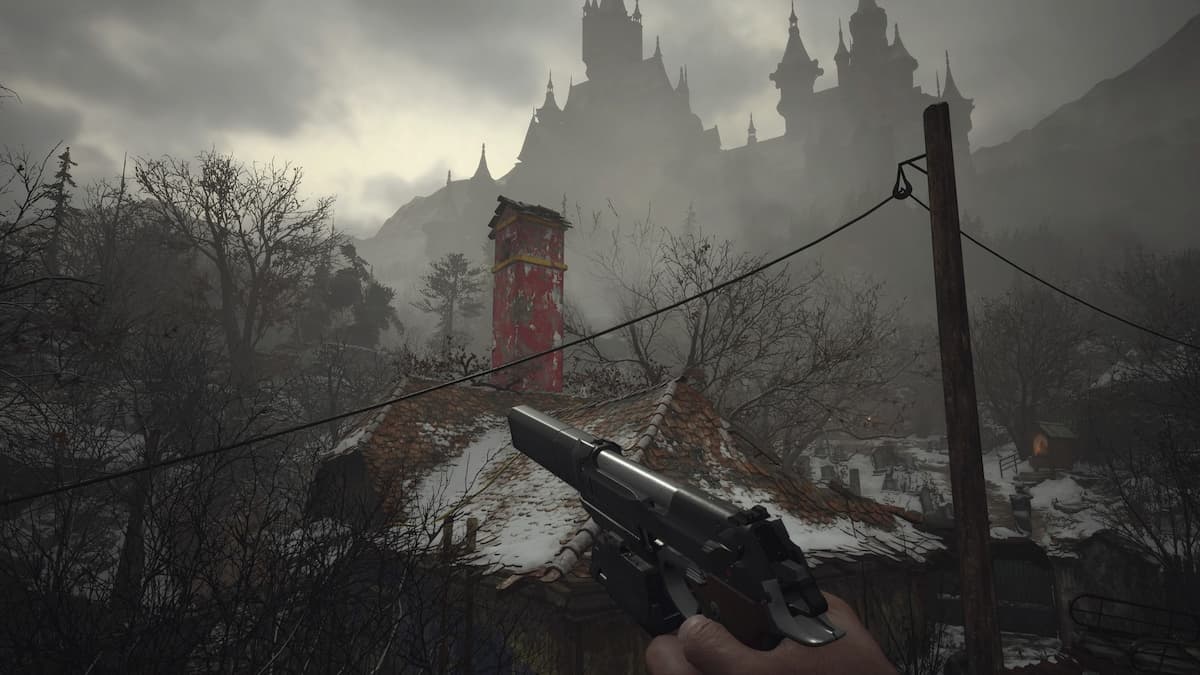 After your battle with Lady Dimitrescu in Resident Evil Village, there’s still work for you to do. The next part of your journey begins inside a small house with a save point inside, with your lead being a note that mentions someone finished a certain project, and they have to now bring it to a house in the village with a red chimney. The homes in the game don’t have signs, so it can be a little tricky to find.

You have to wait a little bit to do this. The game formally gives you this quest after speaking with Duke and making your way through the area by talking to the old woman, taking out several lycans, and\ returning to the village.

The only clue Duke gives you is that the house on the western side of the village. Proceed down towards the village, and you’ll be at the center of town called Maiden of war. There’s an unlocked blue gate you can now use that’s directly in front of the statue. Proceed through it, and go down an alley. You’ll hear a window breaking, and then if you go further in, you’ll see that gate you need to use is locked.

You have to go inside the house to the left of the gate, to the second floor. There will be a note on the table describing how you, the previous resident used a hole in the wall to investigate the house with a chimney, which is the house you need to find. Proceed to the other end of the house, and you’ll find a wooden statue of an animal that you need to pick up before going outside. You can now unlock the previously locked gate and go inside the stable to walk through the obstructed doorway. There’s a lycan on the other side. Take it on, and then proceed.

There’s a tractor blocking your way in the next area, and you need to put something into the jack to force it to move. You have to go down the path to the left of the tractor. Naturally, you want to go down the pathway towards the gate with the sign that says, ‘Do not enter.’ Shoot the lock, and proceed to the area labeled Workshop. You want to go into the house to the left of the entrance.

Inside, there’s a photograph, and on the back of it, there’s a note that reads, “Look out the window.” If you look outside the window, you’ll see a number written on the middle windowsill. There are four numbers outside of it, and when you line those up, they equal the combination for the lock inside the home. However, while looking out the window, a lycan will jump out at you. Take care of the lycan, and then you can grab the code, which is ‘070408.’ Inside the locker is a jack handle and a 1911 pistol.

When you walk outside the workshop, four lycan are waiting for you. You can lure them into the Workshop area and take them out one by one. Once those have been dealt with, return to the tractor and use the jack handle to move it. You then have to crawl under the tractor and fight a pair of lycans on the other side of the tractor.

You have to keep going down that alleyway and then take a left. There will be a trio of lycans waiting for you and a heavily armored one with massive blades. We recommend taking out the regular lycans with a shotgun and pistol and using your sniper rifle against the one with blades. You do not want to be close to this creature. Once those have been eliminated, proceed through the rest of the way, and find the door that accepts the Iron Insignia key. That will open up a door that gives you access to the roofs, and the house with the red chimney is to your left.

When you jump down next to the house with the red chimney, you can unlock the front gate to connect it with the Maiden of War statue area.