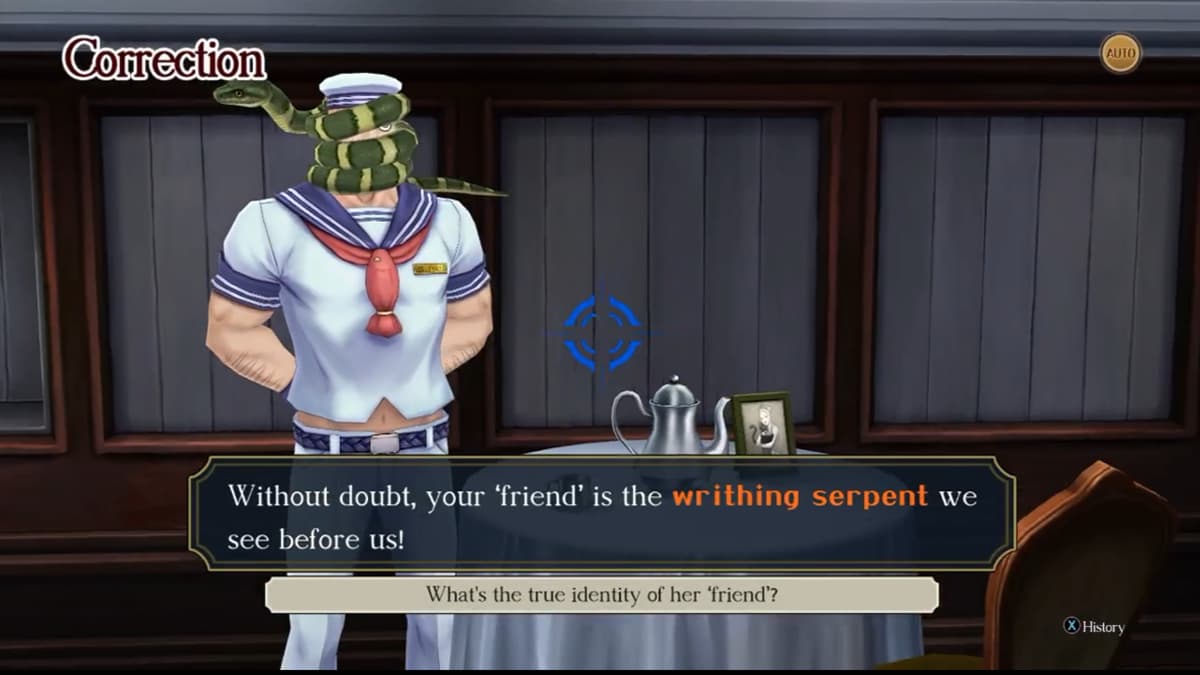 During the Course Correction in Episode 2, Investigation, Part 3 in The Adventure of the Unbreakable Speckled Band in The Great Ace Attorney Chronicles, Nikolina Pavlova is accused of training a snake to enter Kazuma’s room and killing him by the great detective, Herlock Sholmes. While Sholmes is a brilliant detective, he sometimes gets keywords wrong that will cause his deductions to go off the rails. That’s where you need to come in and correct him, causing the deduction to get back on track.

During his investigation, Sholmes had come across a snake that he surmised would have slithered up the bell rope and into Kazuma’s room. However, after you find a claw mark on the back of Pavlova’s hand, the snake theory gets thrown into question. Her hidden “friend” definitely made the claw mark, but obviously, snakes do not have claws. How do you find the identity of her friend?

When you are given a chance to point out the identity of Pavlova’s friend, you are shown only a few options. The sailor Bif Strogenov, the snake in question, a teapot, and a picture frame. If you present any of these items by just looking at them, you will lose a strike and be told to guess again.

The “friend” is obviously small enough to fit into a small suitcase and needed to be able to climb a bell rope to get into Kazuma’s room. Look at the picture frame on the right side. Instead of Presenting it, Examine it as you would evidence in your Court Record. This will pull up the picture inside and allow you to Present a black cat that is on display. The snake is not Pavlova’s friend, after all.