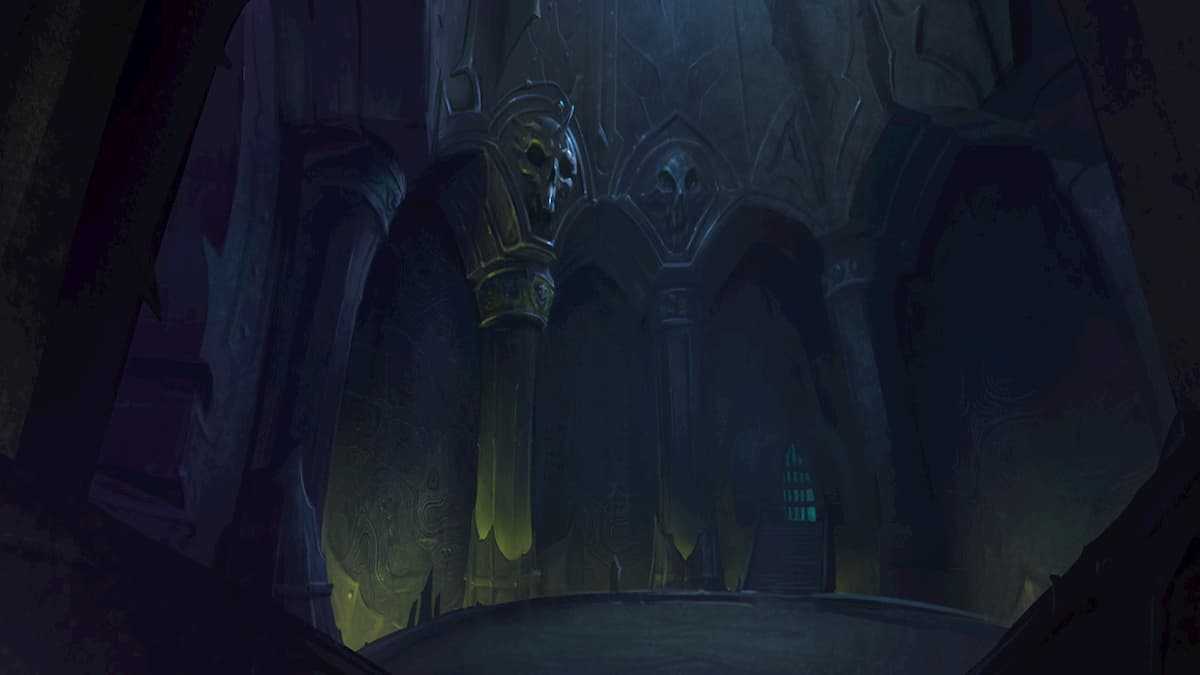 Taking a trip through The Maw in World of Warcraft: Shadowlands doesn’t come easy. You’re restricted to walking on foot (with one or two exceptions) and the zone isn’t available for you to explore until you’ve completed a few prerequisites. Once you begin tackling hunts and gaining reputation with Ve’nari, there are some perks you can use to your advantage while you’re in this punishing wasteland. One of them is the Mawforged Weapon Rack, found in Perdition Hold.

To open the Mawforged Weapon Rack, you’ll need to find the similarly-named Mawforged Key. Before searching for the key, make sure you have completed the quest called Rule 5: Be Audacious, which will open the gate to access Perdition Hold. These keys can drop from many of the regular mobs you find throughout this area of The Maw, including Mawsworn Valuators and Veterans.

There are several elites who hold this key as well, such as Eviscerators, Taskmasters, and Myrmidons. Each of the names we mentioned have about a 22% chance of dropping the key, so keep slaughtering these enemies until you add a key to your bags. If you’re having trouble finding one, Thanassos will almost always drop one of the keys, but he typically requires a group to kill.

Once you obtain a key, you can open one of the two Mawforged Weapon Racks in Perdition Hold. You’ll get a randomly chosen buff, which will last for the next five minutes.