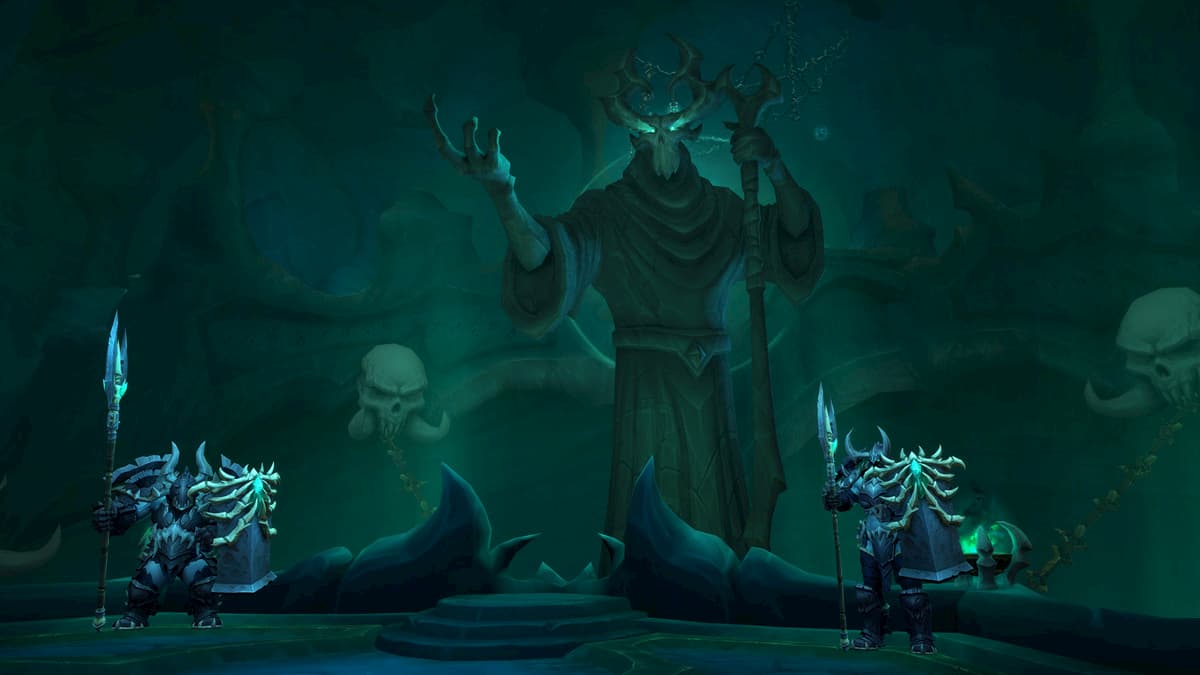 The Maw is one of the more sinister places in World of Warcraft, even by the increasingly dark expectations of Shadowlands. If the visuals aren’t enough to intimidate you, there’s also the fact that using a mount is extremely restricted throughout this zone. There are two options here: suffer through eight layers of the Twisting Corridors for the Corridor Creeper, or raise your reputation with the Ve’Nari enough to go after the Mawsworn Soulhunter.

They might look similar, but the Mawsworn Soulhunter is arguably easier to get, although it’s a rare chance. You’ll need to raise your reputation with Ve’nari to at least Ambivalent, which is the Maw equivalent of Revered. Focus on daily world quests you can find in the zone, as well as the Wrath of the Jailer event with a group. You can also build this up by hunting down any rare and elite enemies you can find on your map.

When you hit Ambivalent, speak to Ve’nari, and she will have a quest for you: Concealment is Everything. Head to the area marked on the map, and you’ll use the Cyper of Dampening. Your waypoint will change; move to the marked area, known as Desmotaeron. Start killing everything in the area, and loot their bodies to come away with 15 Broker Hunting Runes. Bring these back to Ve’nari, and she will open up the Beastwarrens for you, along with hunts in the area.

There’s four possible hunts in the Beastwarrens, and they rotate twice per week. The mob you’re looking for is an elite called the Gorged Shadehound; when this becomes the active hunt, that’s your chance to try for the Mawsworn Soulhunter. Bring a group with you, as the Shadehound has adds and big pocket of HP.