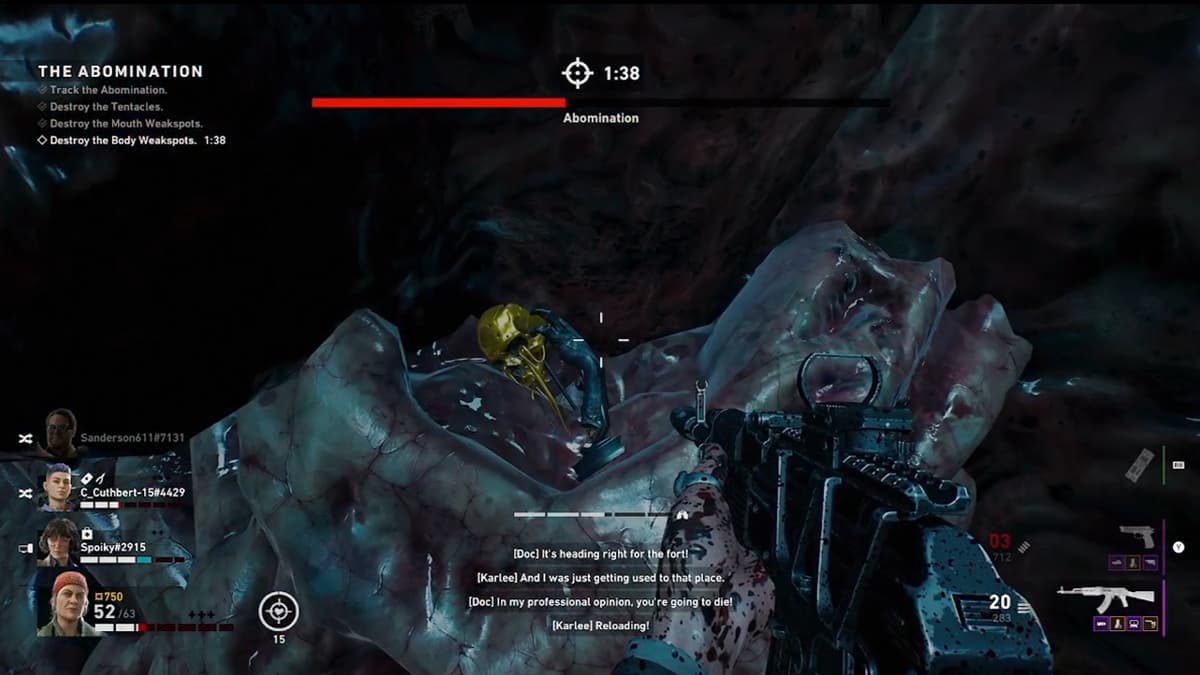 Back 4 Blood has ten total golden skull trophies hidden throughout its levels, one per each chapter. Oddly enough, that even includes the game’s final level, which is a big boss fight the entire time. Here is where to find the secret in Act IV, The Abomination, and earn the Mind Your Step achievement or trophy.

To find this secret, you are going to have to do a little bit of a daring run while on the clock for mission failure. When you jump down the tunnels and start fighting the Abomination, you will have a boss fight sequence where you have to shoot out the weak spots in its mouth. After that phase, it will turn around, and you have five minutes to hit all of its weak areas before it reaches the town.

At first, you will be in a giant cavern with not much in the way. However, the Abomination will make its way into a new room, and you will have to go through a tunnel to find it again. On the other side of those tunnels, you will notice some tendril bridges. Look for the one that looks like the screenshot below. It should be the second set of bridges.

When you find that bridge, run up the tendrils in the crosshairs of that image going to the wall on the right side, and you will find the secret in a little crevice here. Interact with it to earn the achievement or trophy.