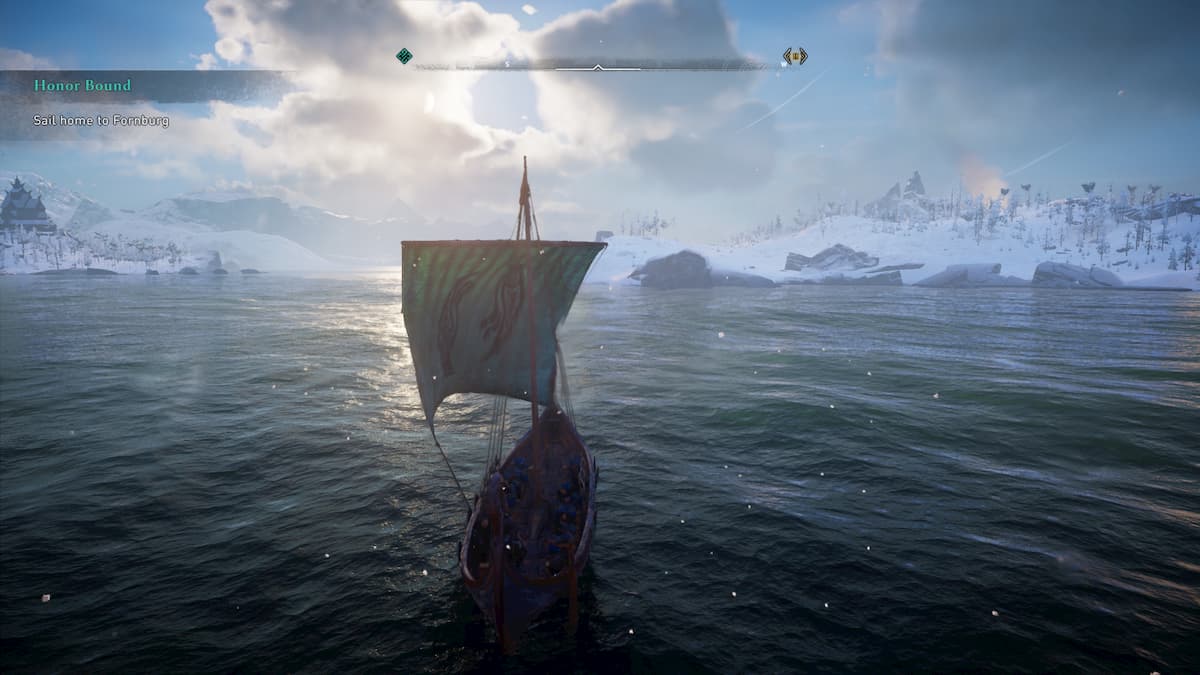 The initial segment of Assassin’s Creed Valhalla narrates Eivor’s back story. Once he grows older, the Honor Bound mission starts where players have to escape from Kjotve’s men and find the rest of the crew members. To get your crew back, you need to first head further into the island until you reach Avaldsnes. This can be located by sending your raven into the island, and the area will be highlighted.

Once you are near Avaldsnes, you can use your Raven to get an idea of where the crew members are. The Raven will highlight the longhouse at the center of the restricted area. You can enter through the main door since you won’t be facing any difficult enemies at this point in the game. Moreover, assassination unlocks at a later stage, so you can’t stealthily take out enemies as well.

Inside the longhouse, you just need to keep heading downwards from platform to platform. There are no enemies here, so you can just quickly go to the base of the longhouse. Once you reach the base, a cutscene will play, and you will have the first boss battle against Rikiwulf.

Since this is the first battle in the game, it serves more as a tutorial for the players. You will learn to dodge and how to lock onto a target during this encounter. Defeating Rikiwulf is quite easy. He is a slow enemy, so once he attacks, simply dodge and get a few hits in until he recovers. Be careful of the attacks before his weapon flashes red, as they deal a lot of damage, so you need to dodge it carefully.

Once Rikiwulf is defeated, you can free your crew members. The first crew member will be tied right in front of you, and the rest can be freed by opening the door to the prison behind him. After freeing the prisoners, kill the enemies outside and head back to the longship to return to Fornburg.