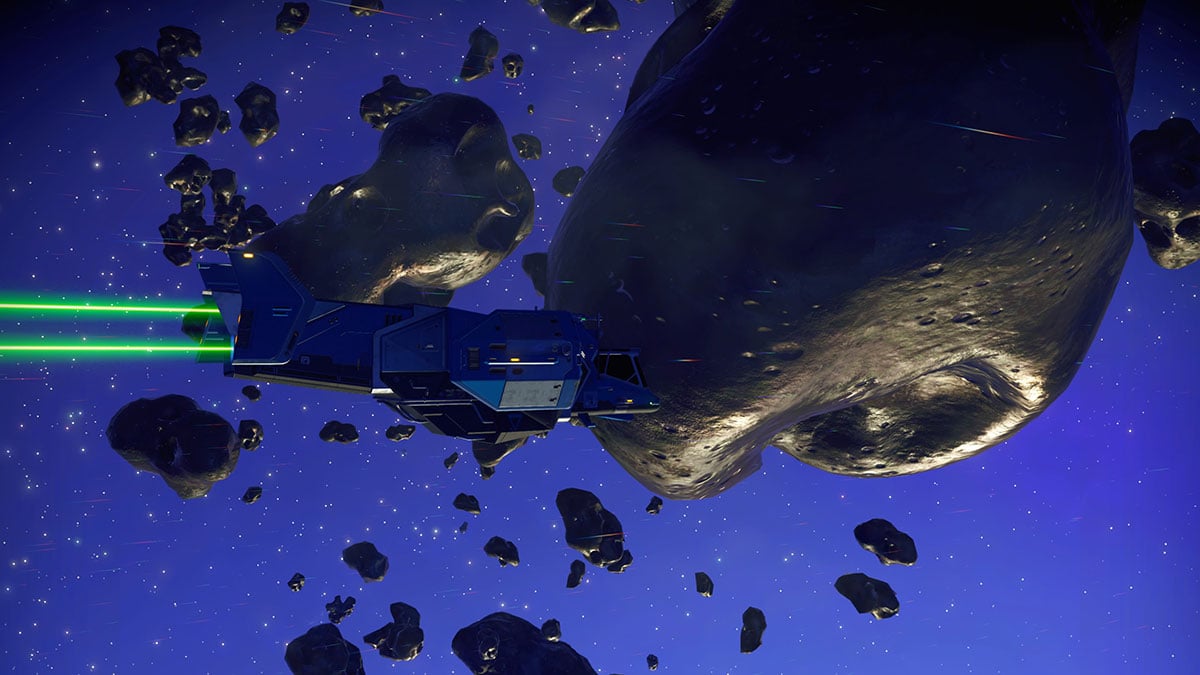 You can play No Man’s Sky however you want. There are billions of worlds to explore, with countless creatures to discover dotted all over their surfaces. However, there are also plenty of quests to tackle. The First Traveller is one of those quests. Unfortunately, there’s a bug with the quest marker that can halt your progress. This guide covers how to fix this bug and get that quest marker back.

As part of The First Traveller quest, you’ll be tasked with flying to a crashed Freighter site and reclaiming the cargo from it. You’ll require a certain amount of materials to open the cargo pods, and if you don’t have that, you’ll need to go and find some. If you fly away from the site once you’ve discovered it, though, the quest marker will disappear. Even if you find the materials you need, unless you dropped your own waypoint at the crashed Freighter site, you’ll have to use your memory of the planet to find your way back there.

As we’ve mentioned, one way around this bug is dropping a waypoint at the Freighter. You can do this using your scanner. However, this won’t help you if you’ve already flown away and have lost the quest marker.

There are two main methods for getting the quest marker to show up again: first, build a base and set down a teleporter wherever you are. You’ll likely only be one or two systems away from the planet, which will help you return quickly. Once that’s been placed, warp through as many systems as you can in one direction away from the area. You’ll need to do this a lot, so it’s worth having a few other goals in mind to keep you occupied on your travels. Eventually, you’ll reach a point when you’re so far away from the quest marker that it’ll reappear. Now you can head to the nearest space station, use the teleporter to go back, and be within a few warp jumps of the planet you need to be on.