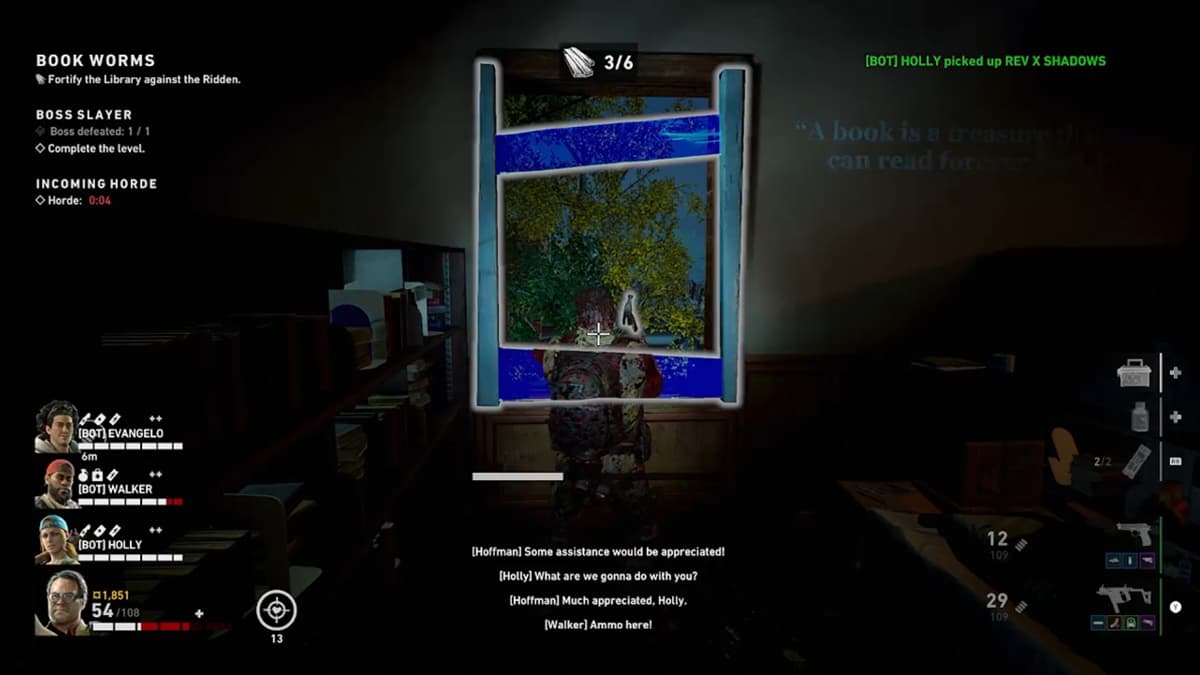 Back 4 Blood may focus on moving forward down a path with endless undead enemies attacking you, but Turtle Rock Studios has worked in plenty of alternative objectives for certain levels. In these cases, you have a job to do that you need to complete before you can access the safe room. In Act 1, Book Worms, you are tasked with clearing out and fortifying the library before moving on. Here is how.

The moment you leave the safe room in this mission, you are in the library. Six windows around the area need to be boarded up. While you are in this area, Ridden will continually spawn, and now and then, a horde will attack.  Those hordes do not count as the hordes brought in from getting Retch slime on you.

While you run through the library, be careful of Sleepers. There isn’t a ton, but the few around here will quickly pounce on you. There are tons of tight corners, so take them slowly and stay together.

Finishing up on the enemies, the Breaker boss has a chance to spawn in here. With no large areas to run from him, you are at a distinct disadvantage. Have your entire team take him down as quickly as possible.

When you find an open window, there will be a pile of fortifying materials next by. Grab them and interact with the window to nail them in. Either have one person build while the others protect them, or have the first three to arrive there grab the parts and fortify. Do this three times, and the window will be heavily fortified, holding off any Ridden from coming through that entrance. It cannot be broken.

As for the window locations, we are unsure if the Game Director changes the window locations in each game as of this writing. In our game, we had three windows on the first floor and three on the second. The third floor for us only had a stash room and some supplies. Be sure to look for doors you can open and behind the librarian desk. Don’t worry about carrying fortification materials across the library; there will always be some nearby every window, and they do not run out.