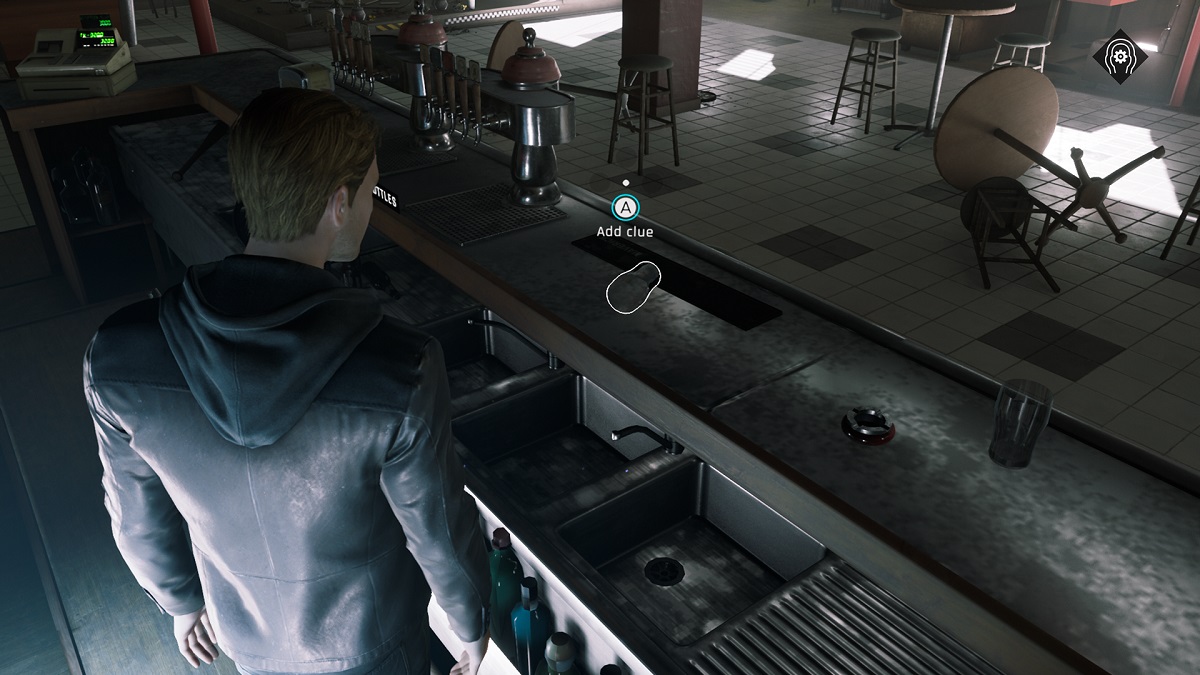 Investigating the mysteries in Twin Mirror is at the heart of its gameplay. You can collect clues to help you piece events together and enter Sam’s mind palace to form hypotheses and make projections on what happened.

Clues are the main source of evidence that you must find, and you will know that it’s vital to your investigation if you can pick it up. Normal objects can only be looked at or inspected, but clues can be gathered. To grab a clue, hover over the item until you see an “Add Clue” prompt. Tap the A button on your Xbox controller, or the cross button on a PlayStation gamepad, to collect it.

Each investigation has different evidence to gather. When an investigation begins, a head icon with a gear inside will appear in the top right corner of the screen. There are three different colors for this icon based on how your evidence collection is going:

Once the icon has turned blue, you can form a hypothesis. Tap RB on Xbox or R1 on PS4/PS5 to enter Sam’s mind palace. You can try to put clues in the order that events occurred. Two or three possibilities are formed for each part of the event, and it is up to you to decide which one fits, depending on your evidence. You can tap the A, B, X, and Y buttons on Xbox, or cross, circle, triangle, and square on PS4/PS5, to select evidence and add it to your hypothesis.

After you have formed a hypothesis, you can test it in the form of a projection. Sam will run through the events and, if something isn’t right, he will say so. You might have picked a wrong option, so go back and modify it by selecting a different one. You will eventually hit on the right projection, and Sam will run through it to determine what happened at the crime scene.