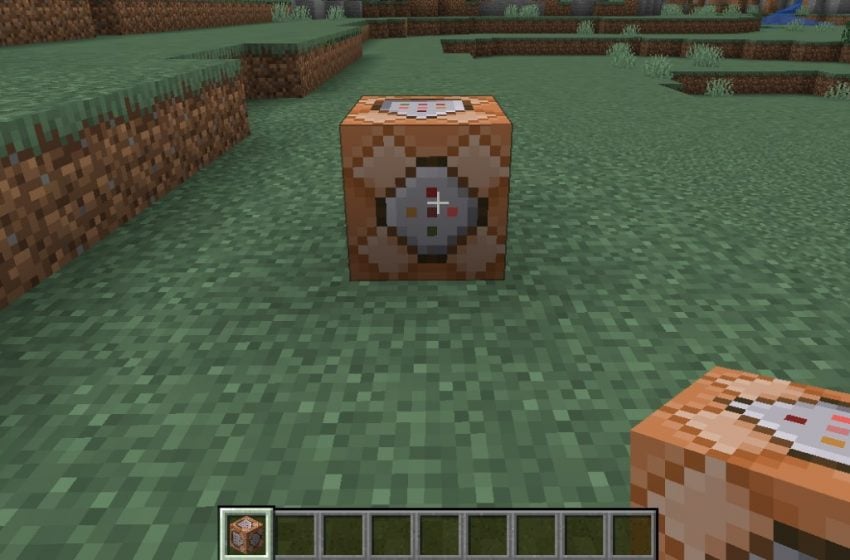 Minecraft is only limited by your creativity, but sometimes you need to bend the rules a little bit. The traditional survival mode features players attempting to build a structure and keep it going, while also ensuring their character remains alive. But, if you’re in multiplayer games with their friends or in a custom match, you may want to summon a command block.

A command block gives you a chance to input commands into your chat to do things in your game, but they require a little knowledge of coding to produce the best results. Luckily, it doesn’t dive too deep into the subject, so it’s relatively easy to pick up after researching a handful of available commands for the device. When you summon it, you do need a Redstone power source. To properly use the command block, you need to start a command in your chat with a ‘/’ in it.

To summon a command block, you need to use the command “/give @p minecraft:command_block”. Following the command, you should have it immediately show up in your inventory, and you can place it on the ground in front of you. From there, and after having it powered by Redstone, you can start to execute commands with your block freely. There are several different commands you can use to start playing with the block and alter the Minecraft world you’re playing in at the time with your friends.

You can use command blocks to make things substantially easier to obtain in your world or to access different features you normally couldn’t receive in the game. The initial commands for those who have not used a command block before are slightly daunting, but some quick research can turn anyone into an expert in no time.