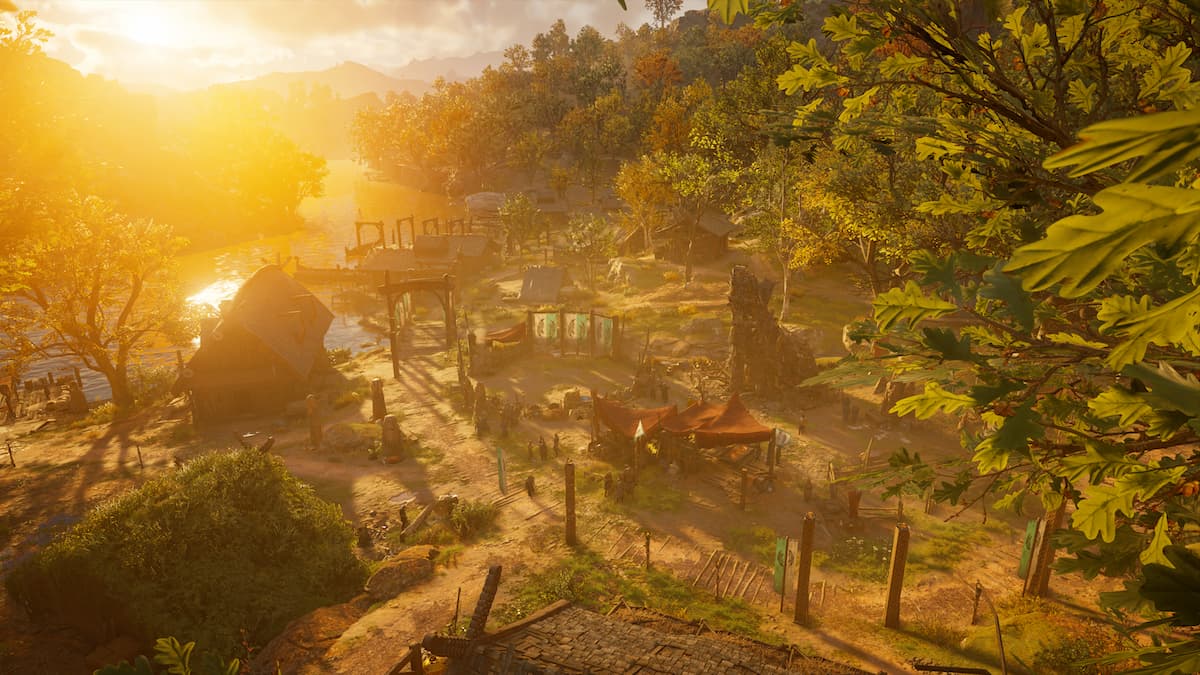 A new weapon type has been added to Assassin’s Creed Valhalla is the one-handed sword. It’s going to be available to every player who has a copy of the game, and is first being introduced during Sigrblot Season, a free limited-time event that you can start by returning to your settlement, Ravensthorpe. You want to make sure you increase the settlement to level two and one of the two starting locations, Grantebridgescire or Ledecestrescire. The one-handed sword will not go away once Sigrblot has ended. This guide details how to obtain a one-handed sword and add it to your arsenal.

The quickest way to obtain a one-handed sword is to participate in the Test Your Metal challenge and purchasing one from the Sigrblot vendor. You’ll be able to start this following the introduction cutscene for Sigrblot, and you return to Ravensthorpe. After you’ve done that, speak with Swinda, and you’ll be able to pick from a small number of weapons to use in combat. After that, you and one of your Jomsviking will be working together in brawl-like battles, each battle becoming more difficult as time goes on. The vendor that you’ve spoken with for every season, Norvid, will have one for sale for 300 Sigrblot tokens.

Following the end of Sigrblot, one-handed weapons should be found throughout Assassin’s Creed Valhalla, so if you missed your chance to join in Sigrblot, you won’t miss a chance to have a new weapon type to use in future battles.