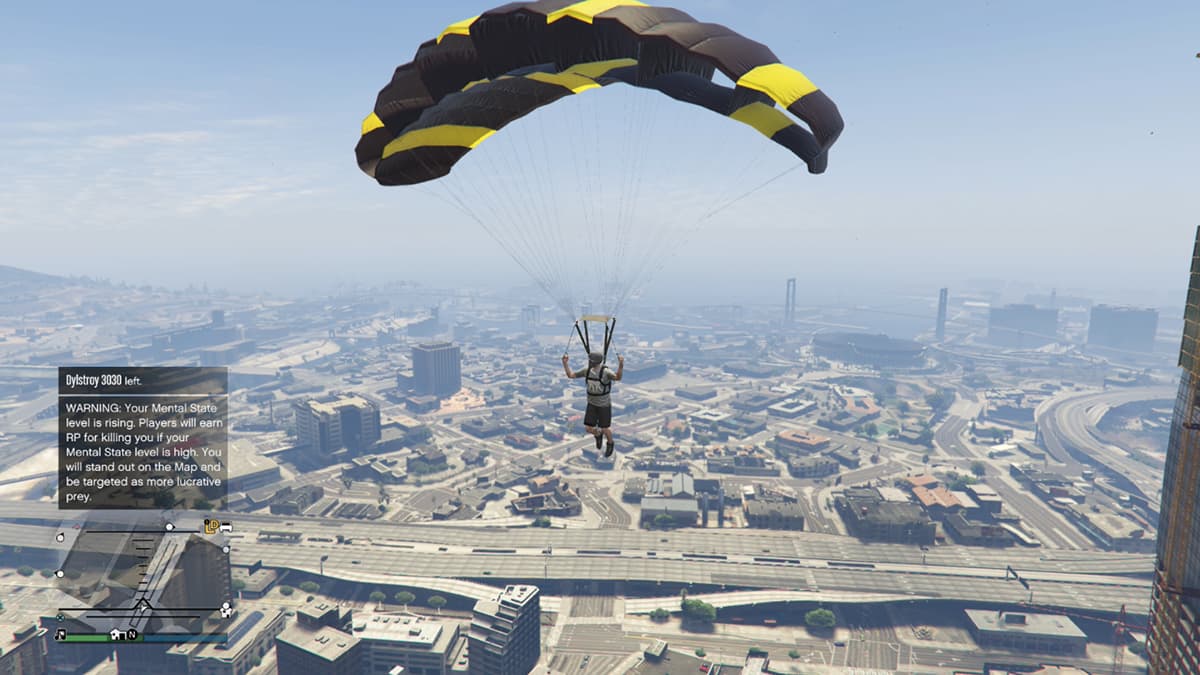 If you enjoy Grand Theft Auto V’s sandbox playground, you are sure to want to see every aspect of it. For some, that includes through the air. Whether it is bailing out of a helicopter or going base jumping, you will want to be able to walk away when falling from a great height. Here are some of the best and easiest ways to get yourself a parachute.

Where to find a parachute

Parachutes can be obtained in a variety of ways. For starters, if you start a mission that requires one, you will either be given one or already equipped with one, so no worries there.

Buy it from Ammu-Nation

You can also buy a parachute from Ammu-Nation. In single-player, it unlocks after completing the Minor Turbulence mission as Trevor. In Grand Theft Auto Online, it unlocks at level 11.

Get it at Mt.Chiliad or Maze Bank

There are multiple locations on the map where you can pick up a parachute. One spot is on top of Mt. Chiliad, but another known location is the top of the Maze Bank.

If you do not have a parachute when you get into a plane or helicopter, you will automatically equip one.

Use cheat to unlock parachute

A cheat can be entered in single-player mode to give you a parachute automatically. The cheat is left, right, LB, LT, RB, RT, RT, left, left, right, LB.

How to activate parachute

When you have a parachute equipped, you can activate it by pressing X on PlayStation, A on Xbox, or F on PC. When deployed, you can fire a one-handed weapon as you float down, but beware, the parachute can be destroyed by enemies. However, if you have a secondary parachute, you can pull that out if the first one is destroyed.

How to change parachute style

You can change the style of your parachute by opening the Interaction Menu, going to Style, then Parachute.