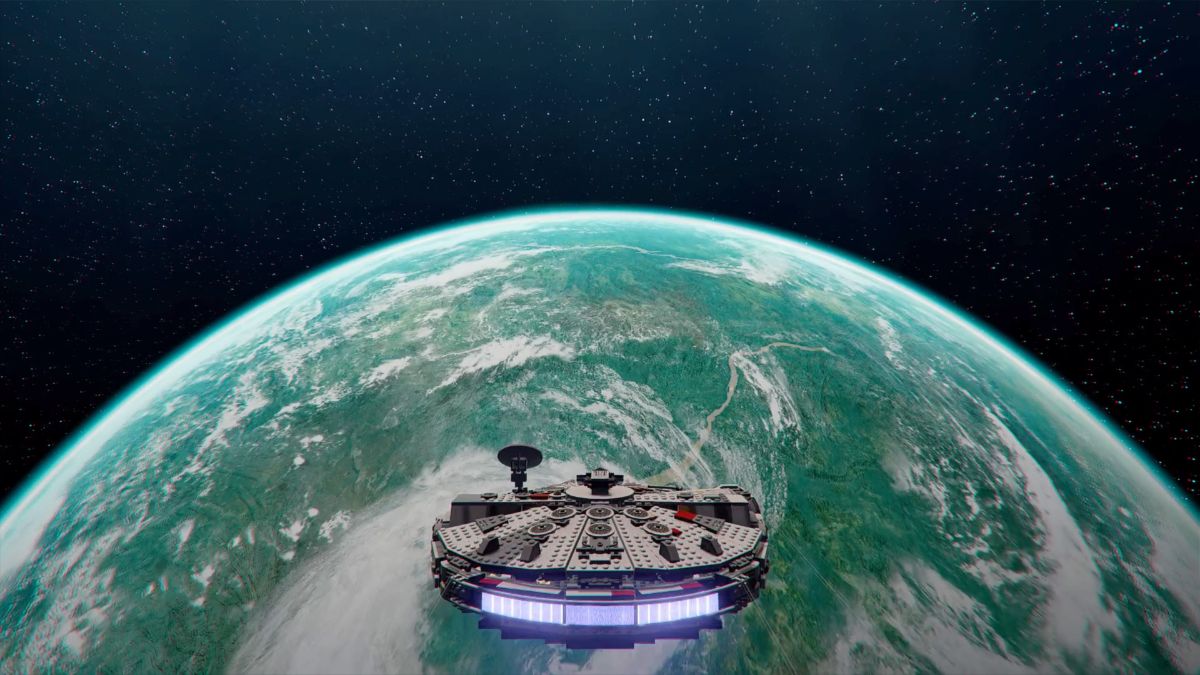 Related: All achievements and trophies in Lego Star Wars: The Skywalker Saga

How to complete side mission: Hoth and Bothered

Switch to a Protocol Droid and talk to the NPC ship (marked as a “character” on the map), flying around Ajan Kloss Space. It turns out to be a Cowardly Courier. Accept the courier’s Hoth and Bothered side mission, then travel to Hoth Space. On the way, you’ll be attacked by three squadrons of TIE Fighters, so fight them off, then report to the Rebel Ship when you arrive.

The Kyber Brick Comet is marked on the Ajan Kloss Space map. Find and destroy it to get five Kyber Bricks and some studs too.

How to complete side mission: Jedi Text Message

“Through shapes in space, in order you fly, counting the sides, from lowest to high.”

The first clue in this riddle is “in space,” so travel to Ajan Kloss Space. Find the cluster of four strange-shaped asteroids away from the main asteroid field (they’ll be marked as a Kyber Brock on your map). Fly through the asteroids starting with the one with the lowest number of sides, and finishing with the one with the highest number of sides. So, in this order: circle, triangle, square, star. Get the order right, and the Kyber Brick will appear in the middle of the four shapes.