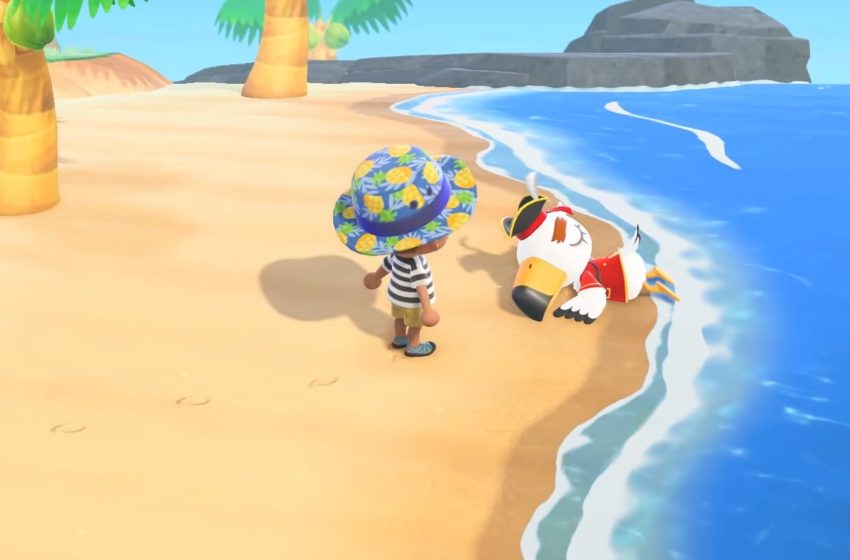 There are a host of new pirate-themed items added to your island with the new summer update in Animal Crossing: New Horizons, and plenty of them you can put on your character. These pirate items come from a new version of an old favorite, a Pirate Gulliver, lovingly referred to as Gullivarr. You can identify him on the beach by his pirate hat and red jacket. Usually, Gulliver wears a blue and white sailor’s uniform.

You can find him much like you would the normal Gulliver, by looking on the beaches of your island to see if he washed ashore. Much like Gulliver, you need to find Gullivar’s broken phone pieces in the sand by digging them up. After you receive all five communication pieces, return them to him, he rewards you with a pirate-themed item.

Here are all of the pirate items you can receive from him. If he shows up to your island, you can only help Gullivarr once a day, and it does switch off between Gulliver and Pirate Gulliver. You cannot have them both show up on the same day. You can always receive these items much more quickly by time traveling and going forward to a new day on your Nintendo Switch.