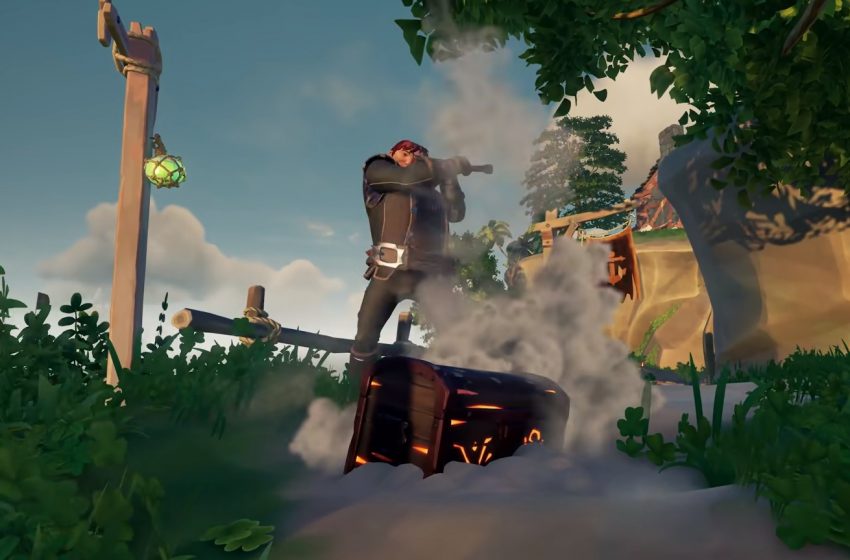 For those who have gone out of their way to capture an Ashen Chest in Sea of Thieves, you need to go a bit further if you want to open it. These chests do not merely open up like a traditional chest does if you’ve defeated a Skeleton captain or looted one from a fort. You need an Ashen Key to unlock it and gain the treasure inside.

There are a handful of methods to capture an Ashen Key in the game.

The most straightforward method is to obtain the Ashen Key Stash Voyage from the store, but it costs 99 Doubloons. It’s a great way to grab the key if you’ve earned Doublouns on your various voyages, but if you’re looking to pay for it using any form of money, you may want to avoid using this as a default method.

Alternatively, fishing for it is all based on luck. When you’re setting sail with your friends, and you want to throw your fishing line over the side to see if you catch anything while you’re waiting between destinations, it’s a great thing to do, although it’s incredibly random. You don’t want to rely on fishing to acquire keys, but it’s a good thing to know when you’re looking to kill time during voyages.

The best method to acquiring an Ashen Key is to take it off of an Ashen Key Master. These NPC bosses work the same as a Skeleton captain. You can find them roaming the roaming Skeletons roaming Skeleton Bounty Quests on small and large islands, have them randomly spawn on a player while they’re running around, have them show up during a Skeleton fort raid during the second wave, or during one of the limited-time events for the Ashen Key-Seeker Mercenary Voyages. However, the Ashen Key Masters only drop Ashen Keys during Skeleton Fort attacks, beyond the limited-time Mercenary Voyage. Your best bet is to take a crew with you to attack a Skeleton fort and hope one spawns during your assault.

Once you have an Ashen Key, you need to go after Ashen Chests to add them to your ship, hopefully. These are similarly difficult to add to your loot, so make sure to have a dedicated crew with you to help out.