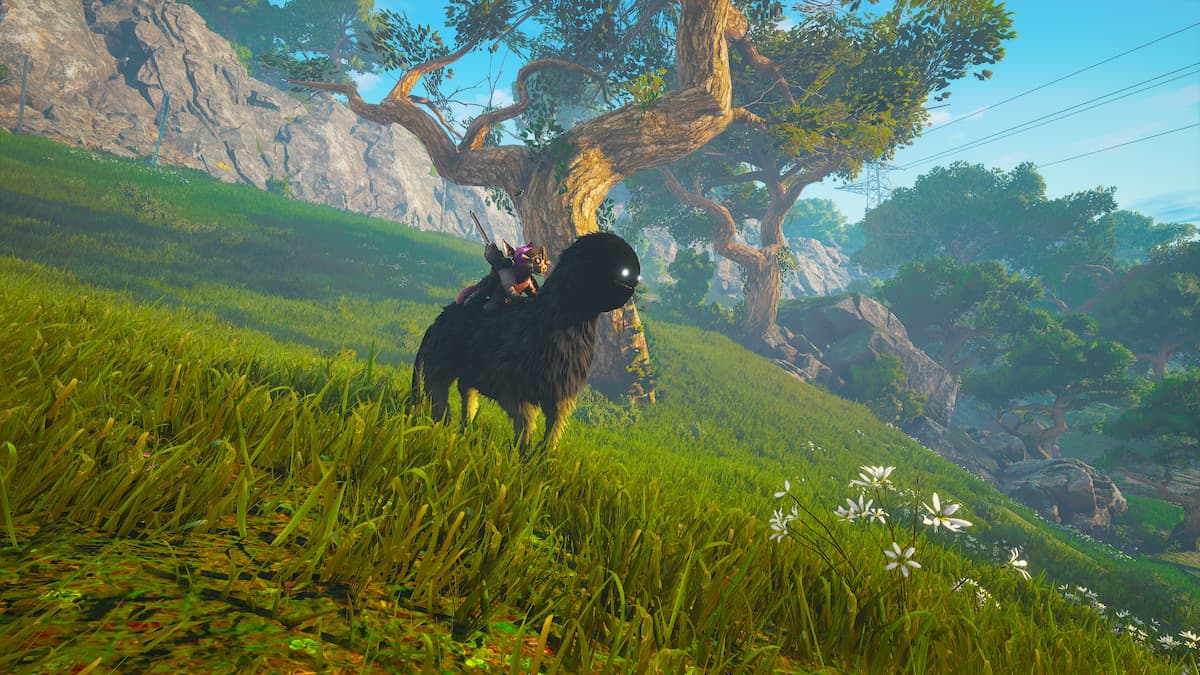 Biomutant contains a range of mounts that players will be able to get their hands on over the course of the game. Mounts can do different things and have different functions. The Mekton is technically a mount, although the primary function of the machine is that of a weapons platform rather than speedy transport.

Due to the Biomutant’s large open world, and incredibly freedom, plyaers will want to get a mount quite early, so we will show you where to do just that. Marked on the map below is a point where players will find a massive meat eater trying to eat a Gnoat.

Taking out the meat eater and saving the Gnoat means players will be able to get it as a mount. There are also other types of Gnoats doted around the world, and if you find them then keep an eye out for a special berry that grows nearby. The berries appear nearby, underneath small canopies of leaves and players can pick them by running and sliding under the canopies. They can then feed these to the Gnoats who will become a mount. You can only have one type of Gnoat as a mount, and each new type you find will replace the old one.

To summon a mount, hit the button the the right side of the screen that corresponds with the horseshoe. This will be the number 4 on PC, or a D-Pad button on consoles. You can then pick the mount you want to summon and they will appear beside you, as long as they have room to spawn.