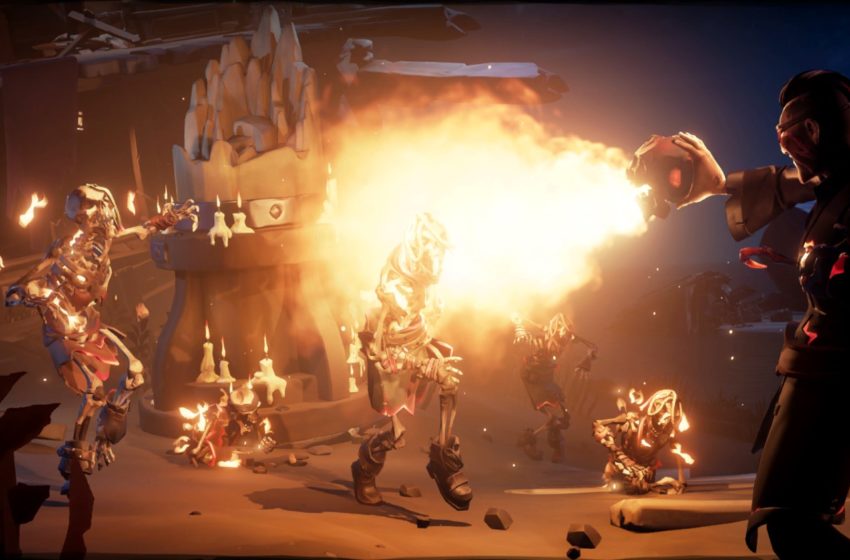 A new skull is available in Sea of Thieves called the Ashen Winds Skull. You can receive it by defeating one of the new Ashen Lords who have been summoned by order of Captain Flameheart. After defeating one of the four Ashen Lords, you will receive this skull, which is the only way to obtain it. You can choose to sell the skull or use it as a new unique weapon aboard your ship, but it comes with a cost.

Where to get the Ashen Winds Skull

The Ashen Winds Skull come from Ashen Lords, who can you find by the massive, revolving red tornados circling the big islands in Sea of Thieves. Here are the available big islands you can find in the game:

When you approach the location with a red tornado, you have to do battle against one of the four Ashen Lords. They have a variety of fire based attacks you and your crew will have to deal with. Each of the lords fight the same way, but they have different taunts and dialogue during their encounter. After defeating them, you gain an Ashen Winds skull, which can choose to sell or use it as a weapon.

The straightforward choice with what to do with the Ashen Winds Skull is to sell it to the Order of Souls merchant at any of the outposts or The Servant of Flame at the Reaper’s Hideout. The standard price for the Ashen Winds skull would be 7,500 Gold, or 2,000 gold of a depleted skull if you used it as a flamethrower.

To use the skull as a flamethrower, all you have to do is hold it and use the left mouse button or the RT button on your controller. The skull shoots out flames in front of it, damaging structures, skeletons, and other players. The Ashen Winds skull does not do a lot of damage, but it catches everything on fire, causing a great deal of chaos. The more you use it, the crystals around the skill will start to dim, diminishing its value until there’s nothing left.

There’s a trade-off for using the skull like this, but it’s a fun idea for players to think about adding the skull to their ship to use it as a last-minute weapon to protect the ship from other players.