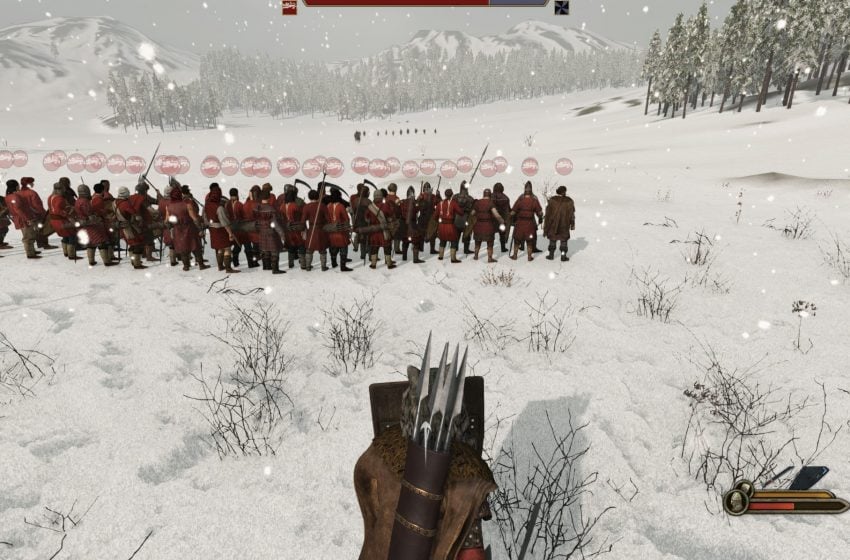 Rather than using key commands to tell your troops what to do in Mount and Blade II: Bannerlord, you have the opportunity to use voice commands to modify their formation and give them orders. You won’t be able to do this with the default game. To make it work, you need to install a particular mod, and then play around with it to try to get it to work. The mod, Screamerlord, was created by Diegomayf.

The first step is to install VoiceAttack from another website. You have the option to shell out a few bucks for the full version, or you can choose to go with the trial. There are limitations if you decide to only go for the trial version, though, whereas if you go with the premium one, you have a full range of commands you can shout at your troops during battle. For those who plan to go for the full version, it costs $10.00.

After you have one of those versions on your desktop, you need to obtain the installation files for the Screamerlord mod, created by Diegomayf. When you have it installed, go to your VoiceAttack software to import a profile for those who purchased the full version of the voice command. If you are using the trial, you need to create a new profile, choose the ‘edit a profile’ option, and then ‘import commands’ to bring Digomayf’s commands over to VoiceAttack. You should be good to go after you’ve imported the commands, and you’ve messed around with the profile.

Both full and trial version users will want to test how the software works with their voice and have the speech recognition software tune to your voice. You can do this by searching for ‘speech recognition’ in your desktop’s control panel, and then choosing ‘train your computer to understand you better.’ After that, follow the steps on your screen to attune your voice with your computer.

To use the commands once you’re in Bannerlord, you can refer to the Screamerlord mod’s reference files to look up any of the commands you want to use in the game. Typically, they follow the process of, “Infantry, form a shield wall,” or “Archers, form a line.” Those who have the full version of VoiceAttack can expect to use up to 50 different commands, while those who have the trial version only have access to 20. However, those 20 include several essential commands, but you won’t have access to commands like “dismount” or “transferring” troops to a different location.

The voice commands for Bannelord all revolve around a specific mod, so don’t expect developers Taleworlds Entertainment to update it. Make sure to refer back to Diegomayf’s mod page to see if it receives any software updates or modifications in the future.