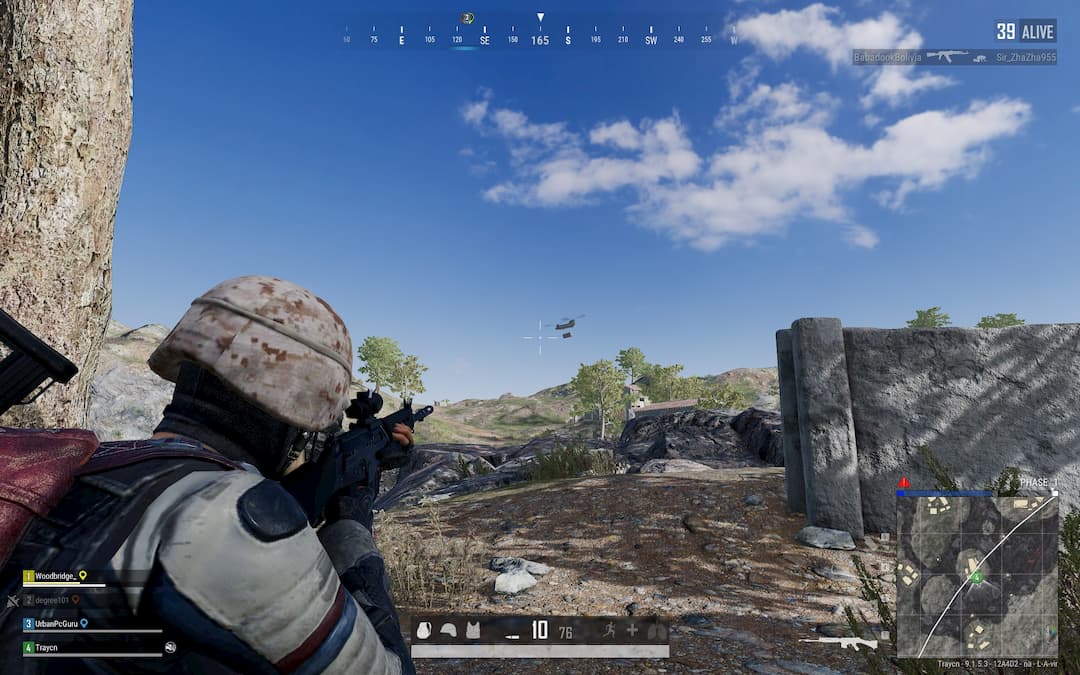 Care packages award players with some of the best equipment they can find on a PUBG map. It comes with a set of level three armor, a high-quality health booster, and a powerful weapon that can easily turn the tides of any fight. Things work a little differently on the PUBG Paramo map. Instead of care packages raining down from the sky from airplanes, they come from helicopters, but if you don’t work to cause the care packages to fall, they won’t ever come down.

The care packages on Paramo arrive on the map using the same helicopter you arrived on, so if you see a helicopter you rode into the map flying around, you can expect to see a red crate underneath. These red crates are significantly larger than the standard ones from the other PUBG maps. They offer a weapon, some armor, health equipment, and plenty of ammunition. Unfortunately, these care packages don’t randomly drop on the map like the standard ones. You need to shoot down the helicopters.

You can use any weapon to take down the helicopter. An assault rifle, sniper rifle, submachine, or even a pistol can shoot it out of the sky, but the helicopters have a lot of health. The closer you are to it from the ground, the better chances you have of hitting it, and you won’t know you’ve hit it with your weapon because there are not hit markers. The only indication you’ve done damage to it is the smoke trail and fires on the vehicle. Once the helicopter goes down, it’ll drop the care package on the ground, and its landing location is shown by red smoke.

To make taking down these helicopters easier you can always hit it with a rocket launcher. These are available all over the map, and while a little bulkier and difficult to aim, they’re the perfect weapon to use to knock a helicopter out of the sky.