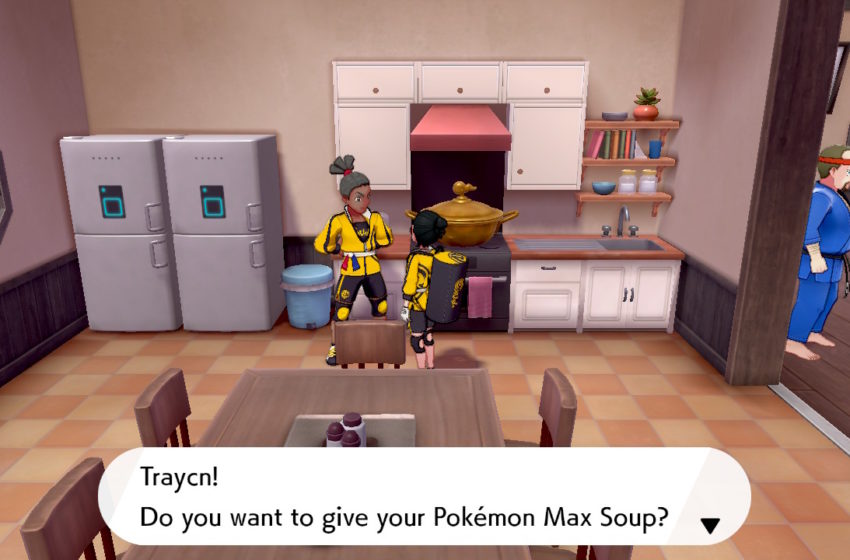 The three starter Pokémon in Sword and Shield now have the opportunity to receive new Gigantamax forms through the DLC expansion, The Isle of Armor. You won’t be able to unlock these new forms at the start of the new region. You can only unlock them after you complete the second part of the story and learn about Max Soup.

You first hear about Max Soup by progressing through the story and learning of the Max Mushrooms you require to make the soup. The story gives you three Max Mushrooms by naturally going through the quests, though you will need more if you want to unlock all of the possible Gigantamax forms available in Sword and Shield. You can find more Max Mushrooms by exploring the caverns and caves on the Isle of Armor after completing max raids.

After eating the Max Soup yourself, speak to the trainer in the kitchen at the Master Dojo. They will be able to make Max Soup for any of your Pokémon that you have. Each time you make the soup, you will need to have three Max Mushrooms in your inventory. The Pokémon that eats the Max Soup can now use their Gigantamax Form during a Pokémon battle, a stronger version of their Dynamax form. They also come with a neat new appearance when they transform.

The book on the shelf inside the same kitchen lists out all of the Pokémon capable of unlocking a Gigantamax form.