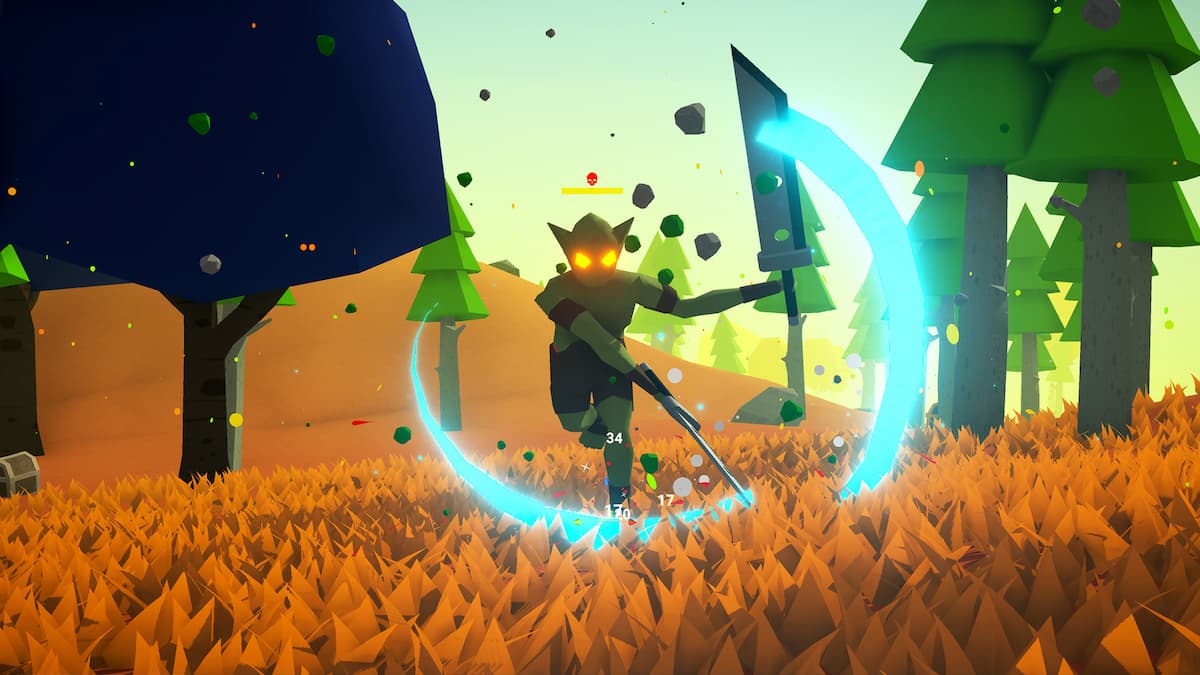 In the dangerous world of Muck’s survival mode, it’s important to have a powerful weapon, both to protect yourself and to complete combat challenges so you can unlock new perks. Gronk’s Sword is the second strongest weapon in the game, dealing 110 damage per swing with an attack speed of 1.1, making it perfect for defeating most of the mid-game bosses. These are the three ways to get Gronk’s Sword.

The most obvious way to get Gronk’s Sword is to kill its namesake, Gronk. Gronk is a fast-moving boss goblin who is very likely to spawn on night 3, 5, or 6, but if Gronk doesn’t show up on these nights, he’s guaranteed to spawn from his Boss Totem on day 8. Gronk is very dangerous, so be prepared with healing items, mithril armor, and a strong weapon like the Obamium Sword or the Wyvern Dagger.

To kill Gronk, wait for him to wind up for a big slash attack, and then circle around to attack from behind. Once you’ve defeated Gronk, he has a 2.5% chance to drop his sword, but don’t fret if he doesn’t. Gronk also has a chance to drop each of the items needed to craft his sword. You can also kill Gronk multiple times by visiting his Boss Totem or by completing Shrines after day 8.

The most straightforward way to get Gronk’s Sword is to craft it. Here’s how:

These items are all hard to find though, so bear in mind you will need patience.