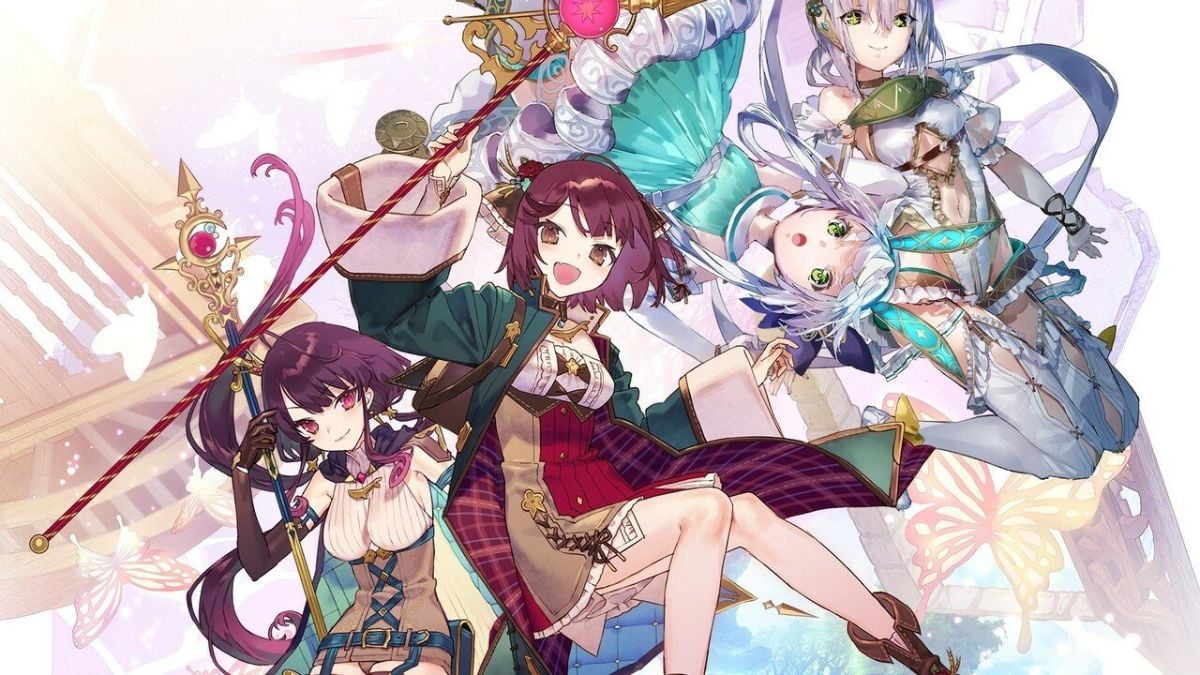 The Atelier JRPG franchise is a long-running series that has recently become a lot more popular in recent years. But getting into a series with a long and complicated history can be overwhelming for some. With the recent release of Atelier Sophie 2, now is a great time to explain the structure of the series, where you can play many of the titles, as well as where the best places to start are.

When many members of the Atelier community talk about playing through the franchise, many start partway through the series with the entries that are more accessible to play in 2022. These are widely considered the “modern” Atelier games. The older titles are considered to be those released on the original PlayStation and PlayStation 2, mainly due to quality of life improvements made since then as well as the fact that they are not accessible on modern hardware.

The arcs of Atelier

There are currently four different arcs split across the modern Atelier entries: Arland, Dusk, Mysterious, and Ryza. Each arc consists of characters that have the ability to show up in a later game of that specific arc. For example, Sophie 2 is the fourth entry in the Mysterious arc. Sophie’s first game began the arc, so even though she is not the main character in every Mysterious title, she appears and her story continues even if it isn’t the main plot point. On the other hand, Ryza 2 is a direct sequel to the original Ryza with the same main cast of characters.

Release order and where to play

The Arland arc consists of four games; Atelier Rorona, Atelier Totori, Atelier Meruru, and Atelier Lulua. Lulua released much later down the line compared to its three predecessors that were one after another, but it is a part of the same arc — if you start with the Arland arc, it shouldn’t be a problem to play all four back to back. The Arland arc is available in its entirety on PlayStation 4, Nintendo Switch, and PC via Steam. You can buy the first three titles as a trilogy bundle or purchase them all separately. It is worth noting that the trilogy games are only purchasable on these platforms digitally.

The Dusk arc consists of three games: Atelier Ayesha, Atelier Escha & Logy, and Atelier Shallie. The Dusk arc is available on PlayStation 4, Nintendo Switch, and PC via Steam as a trilogy bundle or a separate purchase. Similarly to the first three Arland titles, the Dusk trilogy was released digitally; however, Play-Asia has an exclusive physical release putting all three games on a single cartridge.

The Mysterious arc is what is most relevant to Atelier Sophie 2. The arc consists of four games: Atelier Sophie, Atelier Firis, Atelier Lydie & Suelle, and Atelier Sophie 2. All of them are available on PlayStation 4, Nintendo Switch, and PC via Steam. The first three titles can be purchased in a trilogy bundle or purchased separately. Similarly to the physical trilogy bundle that Dusk received, physical collectors can purchase the first three Mysterious titles physically exclusively through Play-Asia.

The Ryza arc is the latest Atelier arc in the series consisting of two games: Atelier Ryza and Atelier Ryza 2. Both games are available on PlayStation 4, Nintendo Switch, and PC via Steam.

Where should you start?

The beauty of the Atelier franchise is that there are plenty of options for your first title, but here are some suggestions that make the most sense depending on what you’re looking for.

1. The Completionist: Start with the Arland arc

Go from the beginning of the modern era and start with the Arland arc. This will be the most attractive to those who want to see themselves all the way through to the most recent release Sophie 2.

2. I only care about Sophie: Start with the Mysterious arc

This is where Sophie’s story is told, so if you are someone who specifically wants to know everything about Sophie going into Sophie 2, this is where you want to start. If you enjoy it enough, you can definitely go back from the beginning and experience other arcs.

3. The Casual: Start with Ryza arc

Both Ryza games have a lot of love for the quality of life improvements. If you don’t plan on being super invested in the series but want to play a nice little JRPG to pass the time, this may be the route for you.