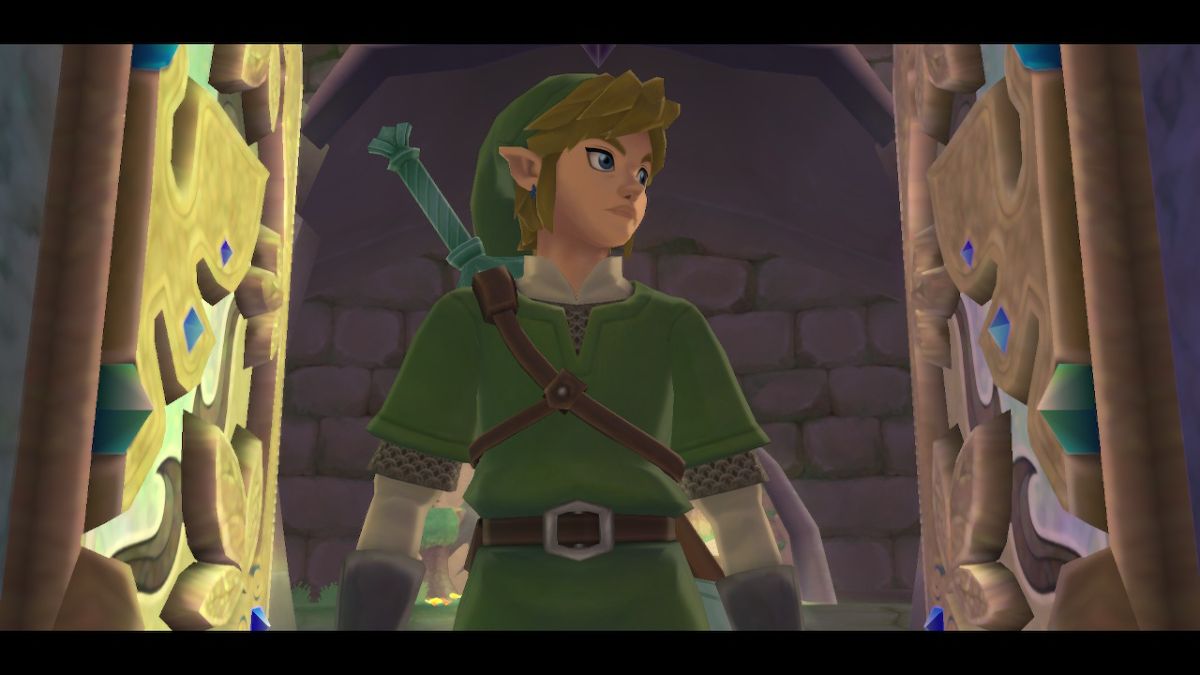 In the Deep Woods, you’ll encounter your first temple in The Legend of Zelda: Skyward Sword HD, but the journey to it has been particularly troublesome. Now, let’s get you into the temple on your first steps to save Link’s beloved.

As soon as you’ve found all the kikwis, go to the white shrine-like structure that the cutscene leads you to and use the slingshot to bring a vine down. Climb it and swing to get to the last area before the temple, the Deep Woods. You’ll be swarmed with a wave of bokoblins and bees. First, take out the beehive on the left side tree with your slingshot. Next, take out the bokoblins with a spin attack.

After that, you’ll be faced with a tightrope. Take out the beehive above it to avoid getting knocked off. Run away for a brief moment to let the bees scamp away. Now, you’re safe to cross over. There might be a bokoblin on the other side that gets on the rope. Jostle it off and continue forward. Go down the path and turn right. You’ll have to climb up to the ledge. There’s a stamina flower on it so feel free to leap from one point to another. Now you’ll see another tightrope with bombs and a bokoblin on the other side.

If the bozo tries to cross over, knock it out with your handy slingshot or jostle it off while you’re on the rope. You should also jostle off the bombs before they come into contact with you.

Next, swing over to the next platform and you’ll encounter a nasty deku plant. This yellow version needs to be slashed three times, and it can dodge attacks too. It will also try to bite you. Avoid it with a side step. Jump down the path on the left side and you’re now at the temple.

As easy as Open Sesame

Before you get closer to the temple, interact with the statue on the left for easy access to the area or to manually save. Once you’re done with that, go up the steps. You’ll see that the door is locked. Look above Link and equip the slingshot. Aim for the pink diamonds above. Once hit, the door will unlock, and you’ll now be able to explore the forest temple or if you want to be more specific, the Skyview Temple.