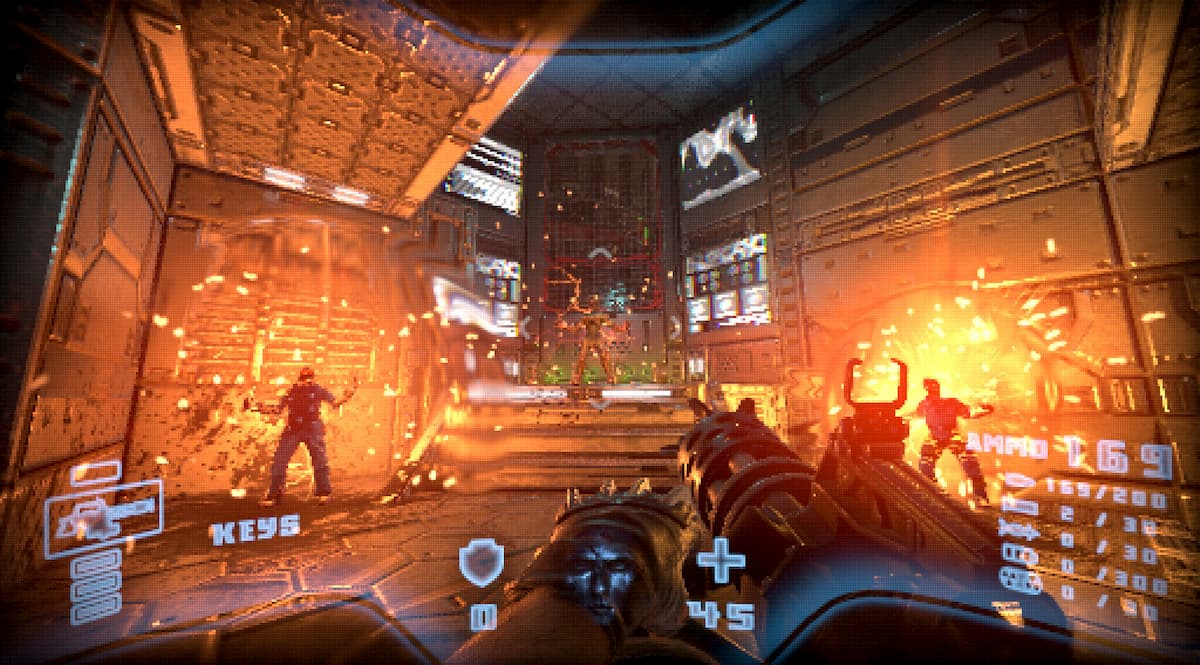 Prodeus is an indie retro first-person shooter developed and published by Bounding Box Software. The developers previously worked on many well-known games, such as Singularity, Bioshock Infinite, Wolfenstein, Call of Duty: Black Ops I and II, and Doom. The game was fully funded on Kickstarter a few years ago and is highly anticipated among the retro-FPS community.

What does retro FPS mean exactly? It’s more like old Doom games than any of the new first-person shooters. However, Prodeus has an emphasis on being a AAA experience with “some of the aesthetic technical limits of older hardware.” So if you like fast-paced gameplay, smooth movement, and blood-and-gore shooters like Doom or Wolfenstein, Prodeus is worth a look.

The first option to get into the beta was to be one of the original Kickstarter backers who got into the alpha. There was an alpha some time ago, and if you were a part of that, you’re already in the beta. The developers have assured players that if they were in the alpha testing stage, they do not need to sign up to receive access to the closed beta. But everyone else does.

To sign up for the closed beta, Prodeus has a button directly on its Steam page. Right under where you would add a game to your wishlist or purchase one when the game comes out, press the button titled “Join the Prodeus Playtest: Request Access” and you’re in.

As the button says “request access” as opposed to “enter the closed beta immediately,” we can assume not everyone who requests will get in. This is the game’s final round of testing before the final release, which is scheduled for November 10, 2020.