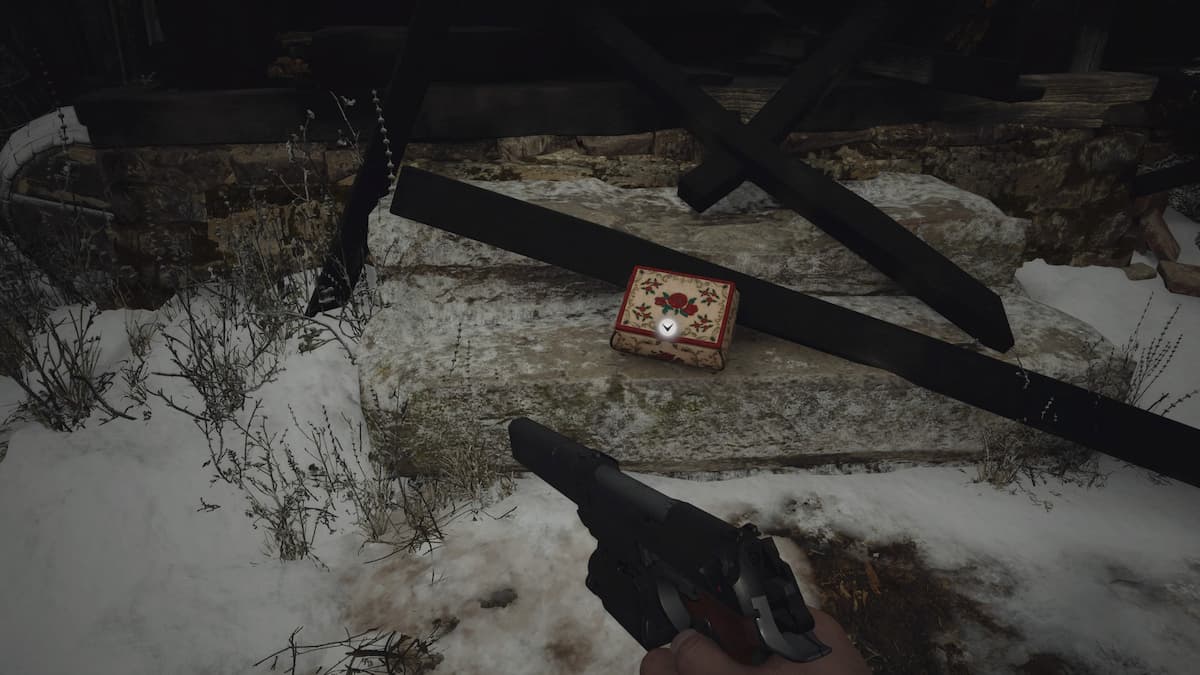 Luiza is one of the first characters you meet in Resident Evil Village. She’s kind enough to shelter the many citizens of the village in her home when the lycans besiege it, but she meets her fate during the first portion of the game. Fast forward to your return to the village, and after you’ve completed finding the house with the red chimney for The Duke, he reveals to you several pieces of treasure scattered all over the map. One of these is Luiza’s heirloom.

You have to return to the Fallow Plot, which is on the east side of the village. You can follow the same path you took when you arrived, but there are new enemies here. You won’t encounter lycans, but several flying ghouls are ready to swoop down to attack you. After taking those out, you’ll have access to Luiza’s heirloom, and it turns out to be a necklace. Examine the necklace and focus on the large pendant at the center. Remove it, and it reveals a key beneath it. You can use that key on a lockbox, but the exact location of the lockbox is a little bit of a mystery.

While the key does not reveal too many hints, it’s actually a lockbox you may have already passed. You can find it over by the lone road, where the trio of lycans were guarding the bridge over the river. Return to that area, and find the lockbox inside one of the side areas. Enter the room, insert the key into the lockbox, and inside will be Cesare’s Goblet, an item owned by one of the founding members of the village. You sell it to The Duke for a hefty price.