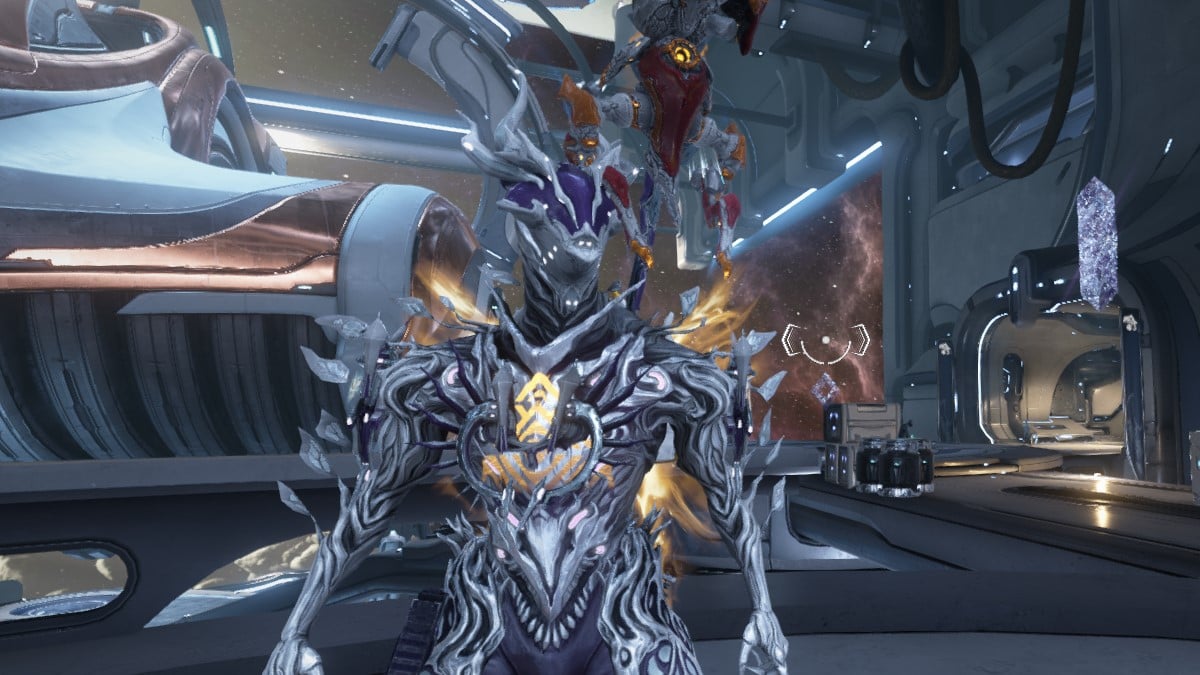 Oberon embodies the spirit of nature and the wild, and just like them, he can heal or destroy. Hallowed Ground will make the area around Oberon sacrosanct, and enemies who venture upon it will take damage. Renewal will send healing waves of energy outward from Oberon, healing allies over time. Reckoning grasps enemies in deadly bonds of energy, smashing them into the ground and damaging them. Oberon is an excellent Warframe for players who want to be able to sustain themselves and their allies, while also dishing out area-of-effect damage.

To get Oberon’s component blueprints, players will need to investigate points of interest in Grineer Railjack missions on Earth Proxima, Saturn Proxima, and Veil Proxima. Points of Interest are generally mission related areas, such as the Pulse Station that you will need to shut down in some missions. Simply by completing this part of the mission you will receive a mystery loot drop that will be revealed at the end of the missions.

All component blueprints have a 10% drop chance, and the main Warframe blueprint will need to be purchased in the market.

Once you have all the blueprints, you can build Oberon in your Foundry using the following resources:

Each component has a 12-hour build time, and they can build them at the same time. Once constructed, you can use them in conjunction with the primary Oberon blueprint to create the Warframe. Oberon has a three-day build time. You can bypass all build times by using Warframe’s premium currency, Platinum.