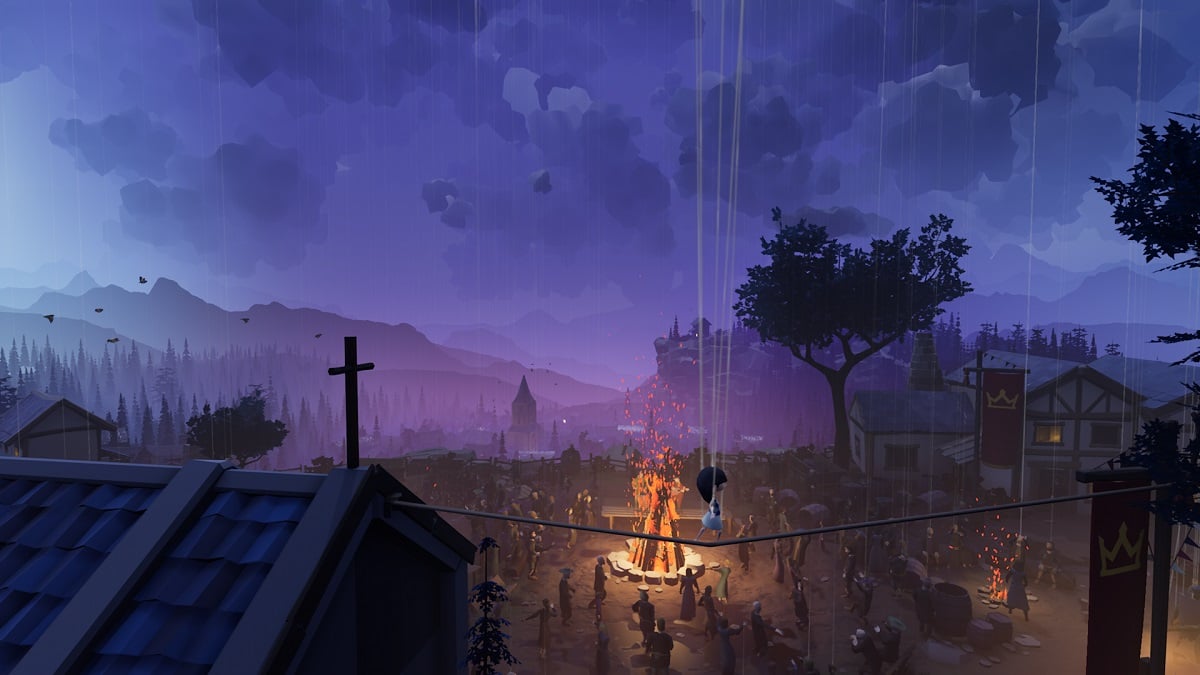 In A Juggler’s Tale, you are not wanted among those outside the village. You are not allowed to be a part of the festival, and you’re definitely not able to find any shelter among those who live in the town. You’re in this alone as you try to trick the festival guards who block your path.

As the night encroaches, you see the townsfolk rejoicing, dancing around the flame. You, the outsider, Abby, must avoid the guards who have lanterns ready to spot the girl at a moment’s notice. There will be no miscreants during their festivities. To avoid being caught, you must push the cart to the left of the screen; it carries many apples on top. Don’t be fooled by what you think the game is asking of you. You do not just throw an apple towards the bell at the end of the segment. No, you must distract the guard with the apple and push your way on through with the cart.

To push and pull along the cart, hold the RT button (R2 button for PlayStation users) and drag it towards the end of the level. However, you must also be cautious of the guard’s lanterns. Wait until the first guard moves to their second position and then move with the cart, hiding behind the wooden barrels to escape the glare of the light. Once the first guard has shifted from their second position, tug along the cart again. Now, it’s time to throw an apple. Hold the RT button to grab an apple from the cart and use the right analog stick to throw the apple towards the bell by tapping the RT button.

While the guard is distracted by the tasty apple, push the cart to the end, in which a golden delicious cutscene will activate. Unfortunately, the results of this encounter will bring you back to the start.