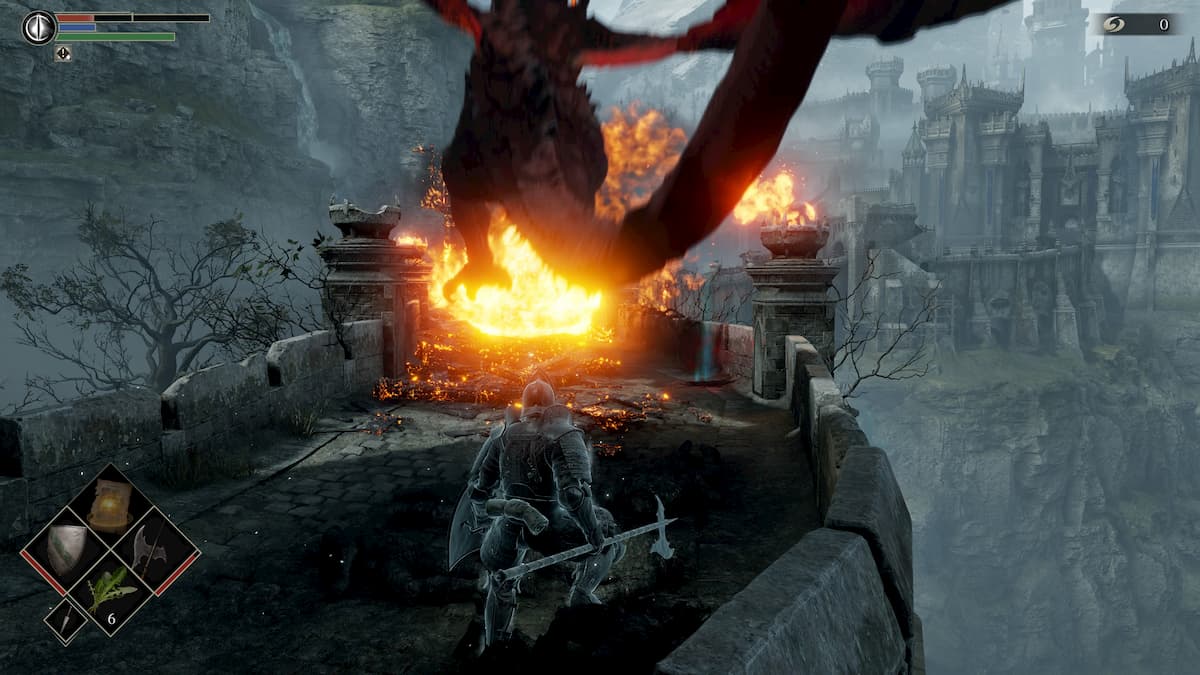 By now, in Demon’s Souls, you’ve beat your first actual boss, in the oddly easy Phalanx. You’ll continue on, confidently, but soon notice the red dragon has returned to guard the bridges of Boletarian Palace with its deadly fire breath. Before you die countless times, know that there is a way to avoid getting badly burned and dying when crossing these.

Obtain a Stone of Ephemeral Eyes

First, and foremost, it is best to return to Body Form by using a Stone of Ephemeral Eyes. If you don’t have one, these can be bought in The Nexus and can be found on a dead body in the Monumental (the top floor of The Nexus). This will double your health and allow you to be burned twice without dying.

After, go back to the Archstone in Phalanx’s dungeon and continue forward, but do not use the stone yet. Once you are at the first section of the bridge, cross fully healed. You will be burned, but with enough health to hurry to the closest building.

In this building, go underground and keep heading straight until you meet a seller offering up Crescent Moon Grass. It’s recommended you buy at least five, as the palace is packed with tougher enemies. Next to the seller, there’s a set of stairs leading to the last, and longest, bridge.

Here, you can finally activate the stone for maximum health and barrel roll your way past the bridge. The dragon will set fire to it, but don’t stop. As you’re doing this, roll in different directions as there are two archers atop the palace firing arrows.

Ahead, there will also be three swordsmen waiting for you. Before they approach, use a few of the Crescent Moon Grasses. As the dragon comes back to finish you, lure the enemies in close enough to the bridge and then roll in the direction of the palace. If done correctly, the fire will end each of them and you’ll be in good shape to enter the next portion of the game.