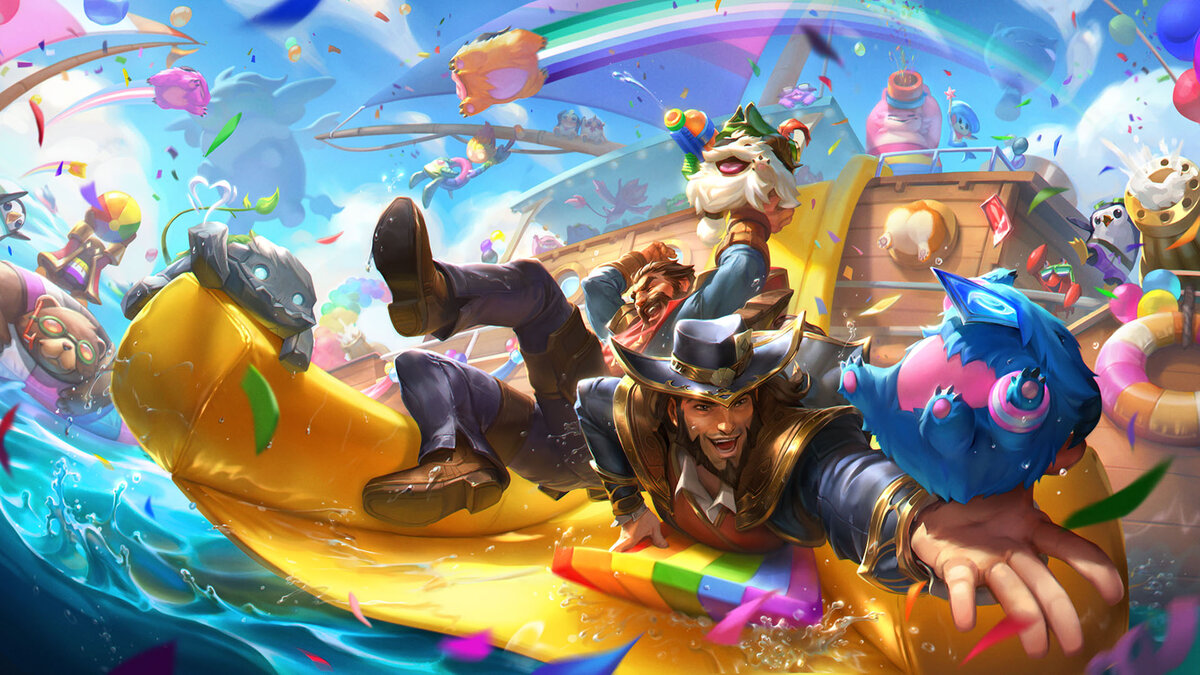 League of Legends is heading straight into its Pride Month festivities, releasing a set of Player Icons and emotes for players to show off their pride or support for LGBTQIA+ members of the community. These cosmetics are available for all players for free and have some unique designs not seen before in past Pride Months. Additionally, characters Graves and Twisted Fate are featured prominently in a relationship in much of the Pride Month art.

To get these new Pride Month-themed cosmetics, head to the League of Legends store. The “Pride 2022 Bundle” should be featured prominently. The bundle is essentially free and only costs 1 Blue Essence, which is a free form of currency you receive in-game. This bundle comes with eight different Player Icons which you can display in League lobbies and in-game.

If you want the emotes themed to Graves and Twisted Fate’s relationship, you’ll have to do a little more legwork. The emotes are given away from an easy in-game mission that requires you to either play one game with a premade group (any group with a friend) or by earning 750 points from time spent playing and winning games. Naturally, it’ll take less time to simply group up with a friend, but this option exists if you need to play some games solo.

Equipping one of the player icons will also grant your character a unique rainbow homeguard trail, where leaving spawn will cause your characters to eject a rainbow trail behind them. Click on your Player Icon on the top right of your screen to change it, and change your emotes by going into the Inventory tab and then clicking the Emotes tab right after.

Fortunately, Riot Games has made it easy to get all of these mentioned rewards above, so don’t delay in picking up these free rewards to show your support. However, if do ever need to know how much money you’ve spent on LoL skins, you can check that relatively easily now that Riot has introduced a handy tool.