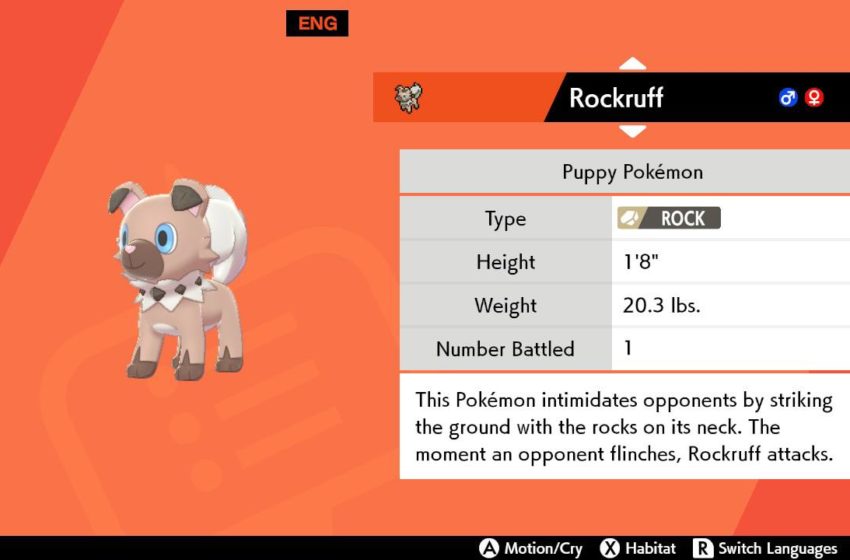 Rockruff can be caught very early in the DLC. After obtaining the Armor Pass, travel to the Isle of Armor via Wedgehurst Station. There will be a brief cutscene and easy battle against either Klara or Avery, depending on your game. Once that’s finished, players are free to explore the new Wild Area. Immediately after the battle and cutscene, we found a Rockruff just walking in the open.

Pokémon spawns are dependent on the weather. We don’t know all of Rockruff’s preferred weather patterns, but we found ours during sunny weather. Rockruff can be seen walking outside the grass. Approach the Pokémon to initiate a battle and catch it as you would normally.

Rockruff evolves into Lycanroc at level 25. There are three forms for Lycanroc: Midday, Dusk, and Midnight. They were limited depending on the game in Sun and Moon, but may depend on your game’s time of day.