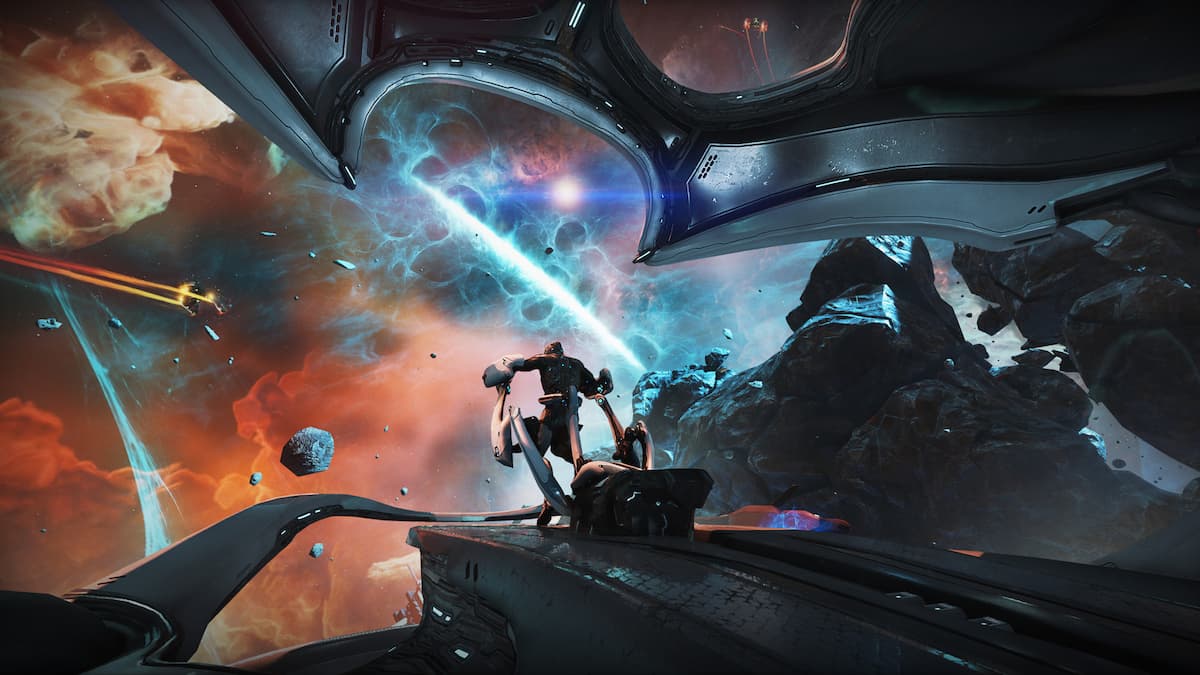 To begin the quest, players can open their Codex, or the Navigation menu and click on the relevant option in the first group of missions on the left. This will prompt them to read a message in their inbox from Cephalon Cy, and after that, it will be time for some Railjack missions.

How to get Sevagoth Parts

The Call of the Tempestarii quest is fairly straightforward, following the tale of the Tempestarii ghostship and a Corpus commander who is hell-bent on destroying it. It is up to players to help the Tempestarii and learn its secrets. As it happens, the Tempestarii is captained by Sevagoth’s Shadow, and at the end of the quest, players can reunite the two. This will end the quest, and give players a chance to earn the Warframe for themselves, and rewarding them with the main Sevagoth blueprint.

To earn the component pieces, playing will need to explore the Void Storms in the Pluto Proxima, Neptune Proxima, and Veil Proxima Void Storms. Void Storms are the Railjack equivalent of Void Fissures missions, where players kill enemies and collect Reactant to open up Void Relics. You will get parts for opening the following Relics at each location: