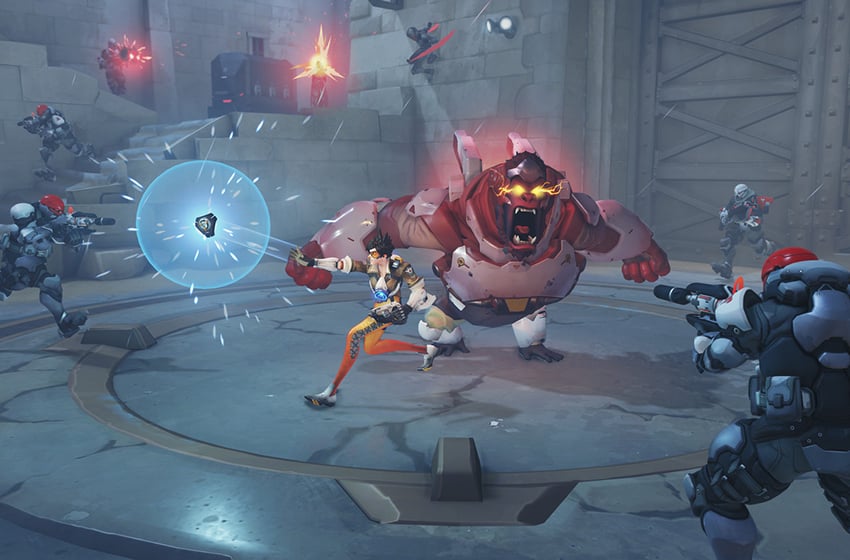 The Overwatch Archives event is back, bringing with it a batch of historically inspired skins and brand new challenges in the Uprising, Retribution, and Storm Rising annual missions. Also returning are the three epic skins that need to be unlocked rather than obtained in loot boxes. This time around, things are a little different, though. Usually, you can unlock each by winning nine games in any mode, but now a new message to unlock stars in the exclusive Archive missions is present. Here is how to get those stars for yourself and unlock the new skins.

Unlocking stars is entirely reliant upon your team’s overall score in each Archives lore mission. That score will vary depending on the difficulty you play, how many times a team member goes down, and will allow you to gain progress towards skins even if you do not complete the mission.

As you progress through any of the missions, keep your eye on the score in the top left of the screen. That will let you know how you are doing. Should your team be eliminated before finishing the mission, that is how many stars you will earn. Upon mission completion, you will be given a final tally and see your score. However, if you are playing the week’s featured mission, your stars will be doubled, allowing you to unlock the new skin for that week faster than usual.

The featured missions that will give you double stars are:

If you are looking to get more stars out of your play, be sure to play on harder difficulties. Teams playing on normal difficulty will be restricted to a maximum of three stars or four stars on hard. Only the expert or legendary difficulties can provide up to five per performance, so we recommend playing on expert with a team you can rely on. If you are struggling to get the five stars, play on hard, so you have a better chance to get at least four stars.