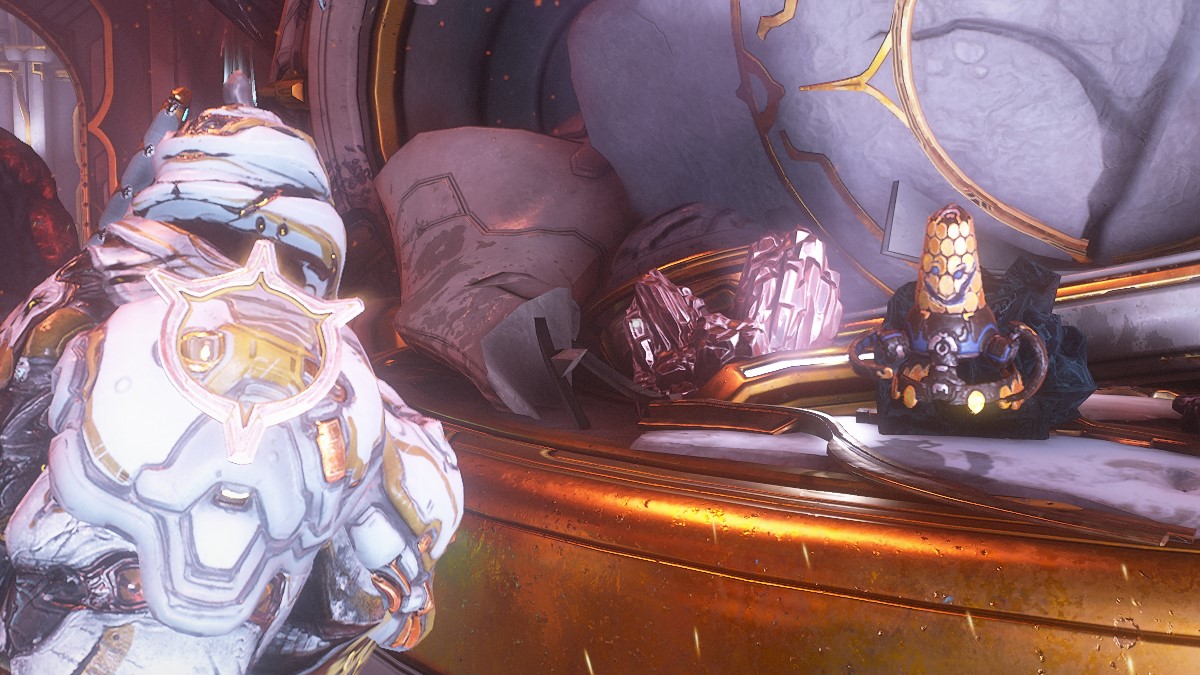 Tempered Bapholite is a resource in Warframe used in the construction of several items. It’s a second stage resource, meaning that it needs to be made in the Foundry by combining other resources, and cannot be collected on its own.

You will need a blueprint to build it, which can be purchased from Otak at the Necralisk of Deimos for 1000 standing at the rank of Neutral with the Entrati Syndicate.

You will need the following resources to create Tempered Bapholite:

Bapholite – can be farmed on the Cambion Drift by mining. You can get it by mining yellow mineral veins. You can also find some in the secret vaults attached to the Isolation Vaults.

Pyrol – can be mined from red mineral veins on the Plains of Eidolon, defeating Thumpers, and sometimes as an item of the day at the mining shop on Cetus.

Nano Spores – can be farmed from enemies and containers on Deimos, Saturn, Eris, and Neptune during missions on any node.

Lucent Terroglobe – can be farmed from Vitrific Outcrops on the Cambion Drift, and sometimes earned as rewards from Bounties for Mother in the Necralisk.