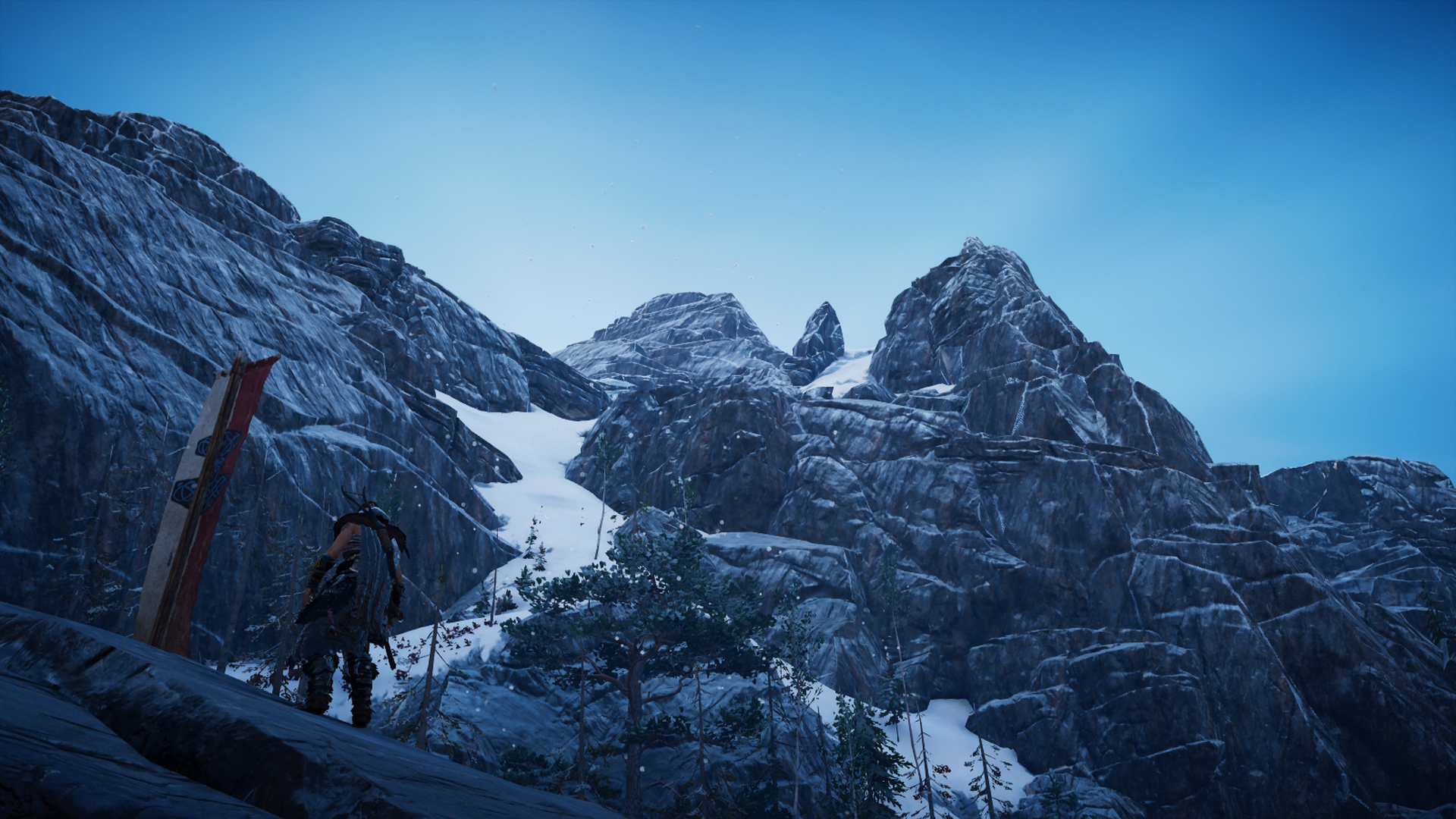 When you enter the Hordafylke region in Assassin’s Creed Valhalla for the first time, it’s a massive port featuring various leaders who have come together to meet in the great city of Alrekstad. The city has a handful of things to do, along with a few markers worth collecting before continuing through the story. One of the city’s wealth landmarks is a book of knowledge, an item that, if you acquire, will grant you an ability if you retrieve it. How can you get it?

If you run straight at the book of knowledge, it’ll be right above the house. You can enter the home, no problem, and search it, but you won’t find a secret door or an item you can break to go down below. Instead of looking inside the house, look outside, over by the bridge.

Outside of the hut, there will be a large crane holding several barrels in a heavy net. If you use Odin’s Vision, you can see that the connection holding the barrels up is red, meaning with a well-placed arrow, you can shoot it down. Take out your bow, shoot the barrels down, and jump below.

Below, there’s a stone passage, and if you follow the path, you’ll make your way to the book. However, the entrance to the book is blocked by a locked door. You need a key to access it. There won’t be any NPCs in the city who will offer it to you as a reward. But it’s not far. If you look to the house’s right, you should see a pigpen, and while the pigs mind their business, there’s a key in one of their dirt piles.

Grab the key, return to the door, and collect your prize. The book of knowledge is the ability called the Mark of Death. It’s a ranged ability when you hold the right trigger of your controller to mark enemies within your sight. Release the button to unleash a volley of arrows against them.