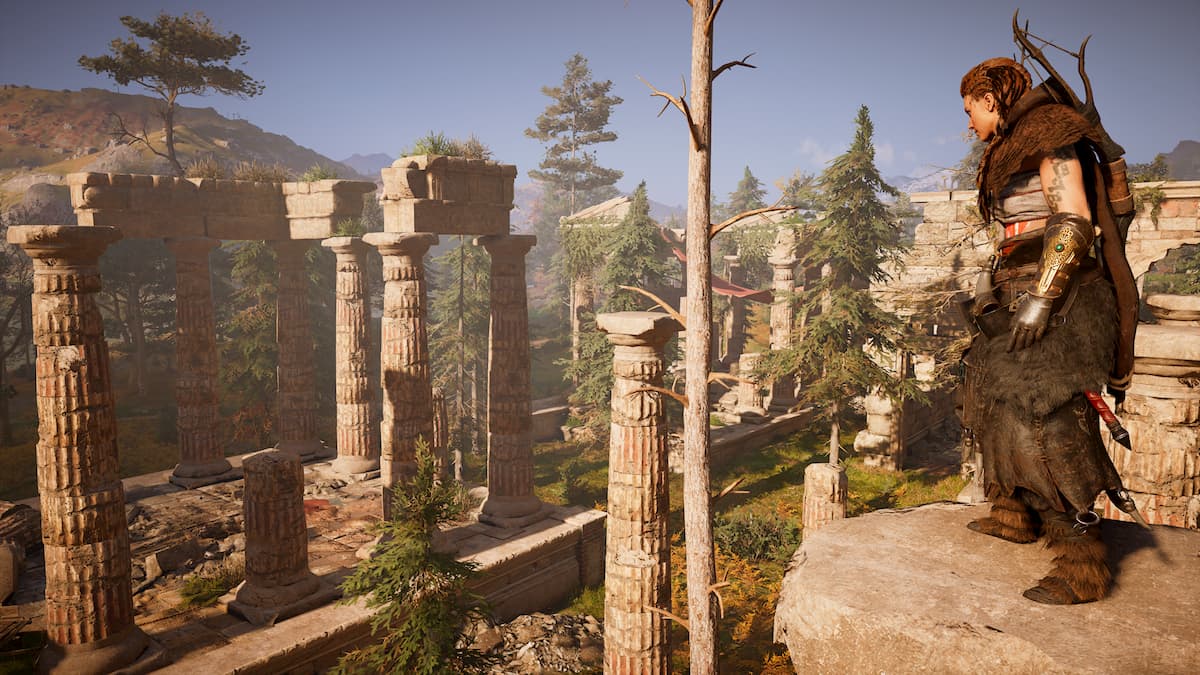 A book of knowledge in Assassin’s Creed Valhalla is a sacred item as it allows for Eivor to learn a new ability. These abilities are instrumental in combat as they can deal a lot of damage to your enemies, potentially giving you an advantage against enemies, especially bosses. There’s a book of knowledge underneath Venonis, the ruins to the west of Raventhorpe.

Once you synchronize with the region, it will be one of the wealth points you acquire. If you use Odin’s Sight, you can see it pop up underground, which means you need to find an entrance to take your down there.

There should be a ladder leading down to an underground area. It should be to the left of the synchronization point, closer to the book of knowledge. Climb down it, and then follow the path to the right. It’ll lead you closer to the book of knowledge, but it’s behind a wall with grates. To get by them, keep following the path until you reach a point where you need to jump into the water. Dive down, and make your way to the other side. There will be a loose wall, but you can’t melee it. Instead, shoot an arrow at the oil jug, and make it explode, destroying the wall.

On the other side is the book of knowledge. The ability you receive at this location is harpoon impalement. You’ll be able to throw a harpoon at an opponent, and then throw them in any direction you want. If you hit an enemy with them, you can do a large amount of damage.