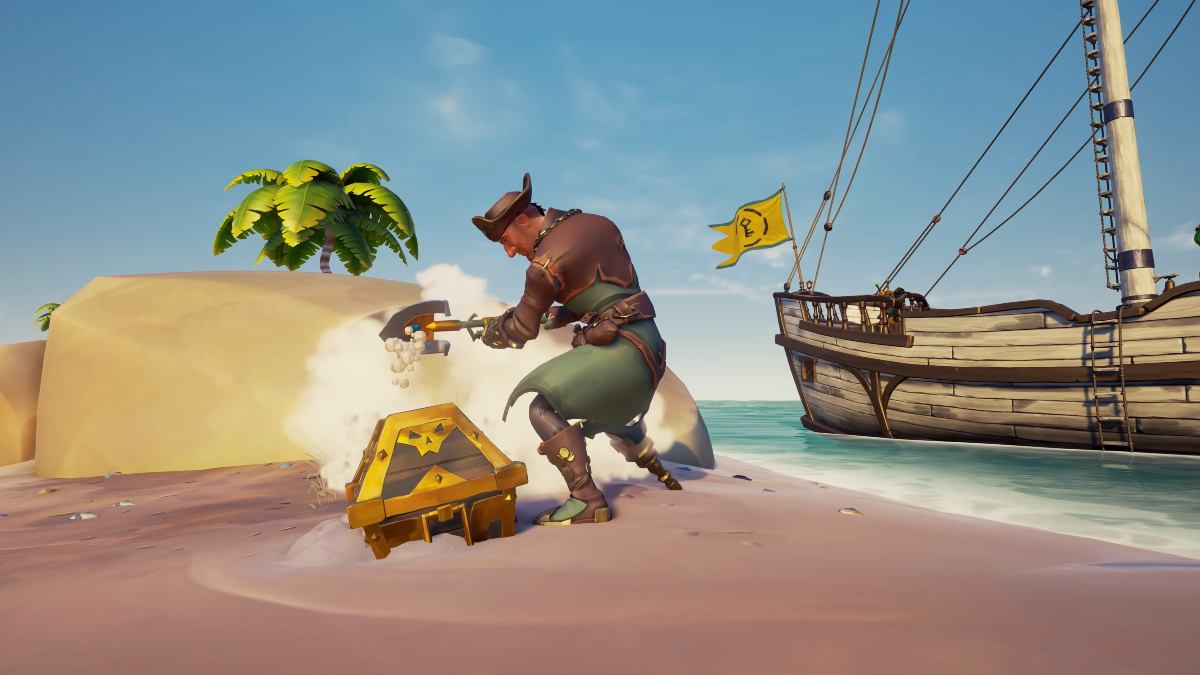 As you work your way through the different commendations that have been added to Sea of Thieves in their Season 5 content drop, you’ll happen upon the Burying the Past Commendation. To get this one, you’ll need to truly embrace the pirate spirit and find some treasure that doesn’t belong to you.

How to Get the Burying the Past Commendation

A pirate’s life is all about stealing and that’s how you’re going to have to get this commendation. Using whatever nefarious tactics you can think of, you need to secure a piece of treasure that originally belonged to another pirate crew. This can mean stealing it from them by sneaking onto their boat and taking it from under their noses or sinking their ship and waiting for the treasure to rise to the top of the waves.

Of course, you could also ask a friendly crew to give you a piece of treasure so you can get the commendation, but where is the fun in that?

So long as the treasure was originally owned by a different crew, you should be good to go. Once you have the treasure, you can simply bury it on any island across the Sea of Thieves. As soon as you do, you should complete the commendation.