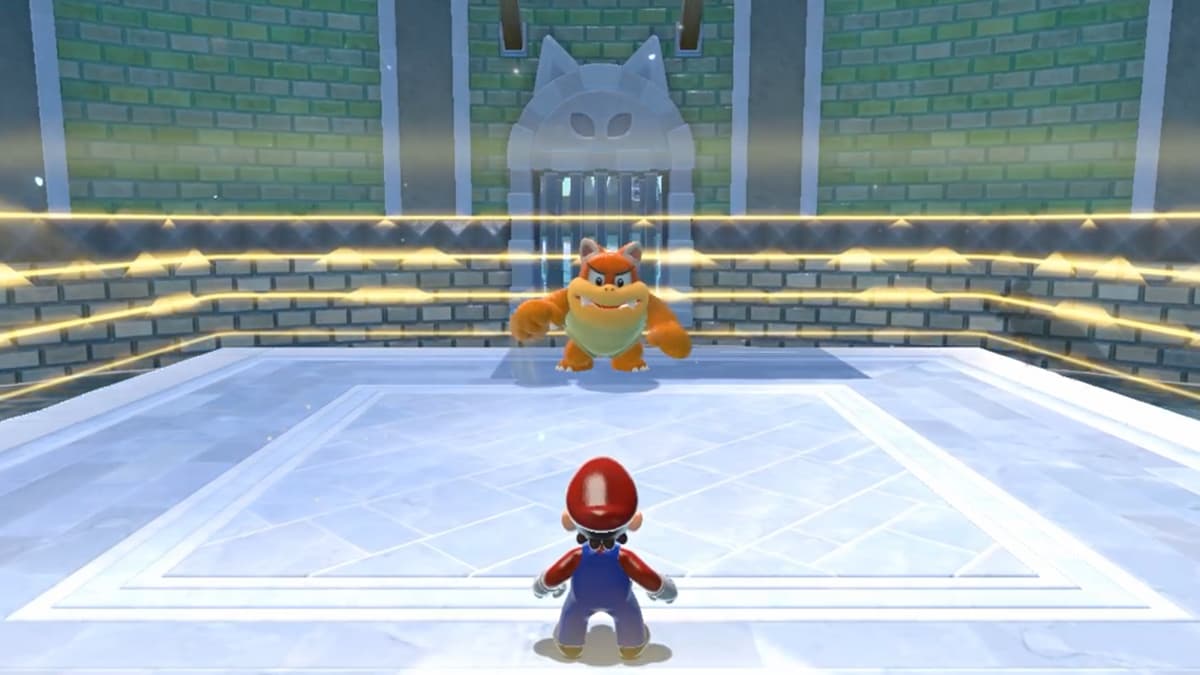 On the Bowser’s Fury side of Super Mario 3D World + Bowser’s Fury, you will be matched up against a kaiju version of the big bad guy multiple times. That being said, while you are on the hunt for Cat Shines, you will come across many other classic Mario enemies, almost all of them altered to have a cat-like appearance. One of these enemies is Boom Boom, a mini-boss staple in the Mario games. Here is how to get the Clash with Cat Boom Boom Cat Shine in Super Mario 3D World + Bowser’s Fury.

To find the Clash with Cat Boom Boom event, you need to defeat Fury Bowser with the first Giga Bell and proceed through Slipskate Slope. On the other side, you will come across the second Giga Bell in Bowser’s Fury and, after flinging yourself away, will be at Clawswipe Colosseum. The red circle in the image below denotes where you need to be for this.

The fight against Cat Boom Boom is inside this stadium, but it appears to be completely locked up. Fortunately, there is a nearby hole in the wall you can make your way through. Looking at the colosseum from where you arrived on the island, make your way to the right and jump in the water. Follow the wall until you find the entryway.

Walk up the stairs, and Cat Boom Boom will greet you. If you have played Super Mario 3D World before, you will recognize this fight, as it is similar to the conflicts with Boom Booms in the other game mode. Boom Boom will begin twirling around and get closer to you. All you need to do is jump on his head.

After he takes damage, he will retreat into his shell and begin zooming around the enclosed area. He will start to cloak into the surroundings, so pay attention and anticipate where the shell is spinning. You cannot hurt him in this state, so avoid his attacks until he stops and pops out again. As soon as his head is exposed, you can damage him again. Jump on his head an additional two times to defeat Cat Boom Boom and earn a Cat Shine. 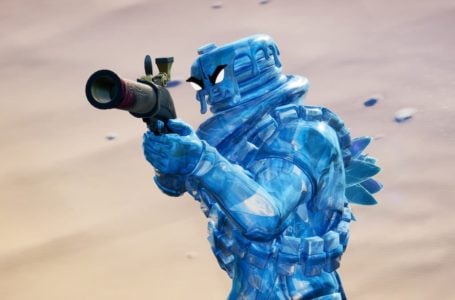 How to make Jewelry Soup in Genshin Impact