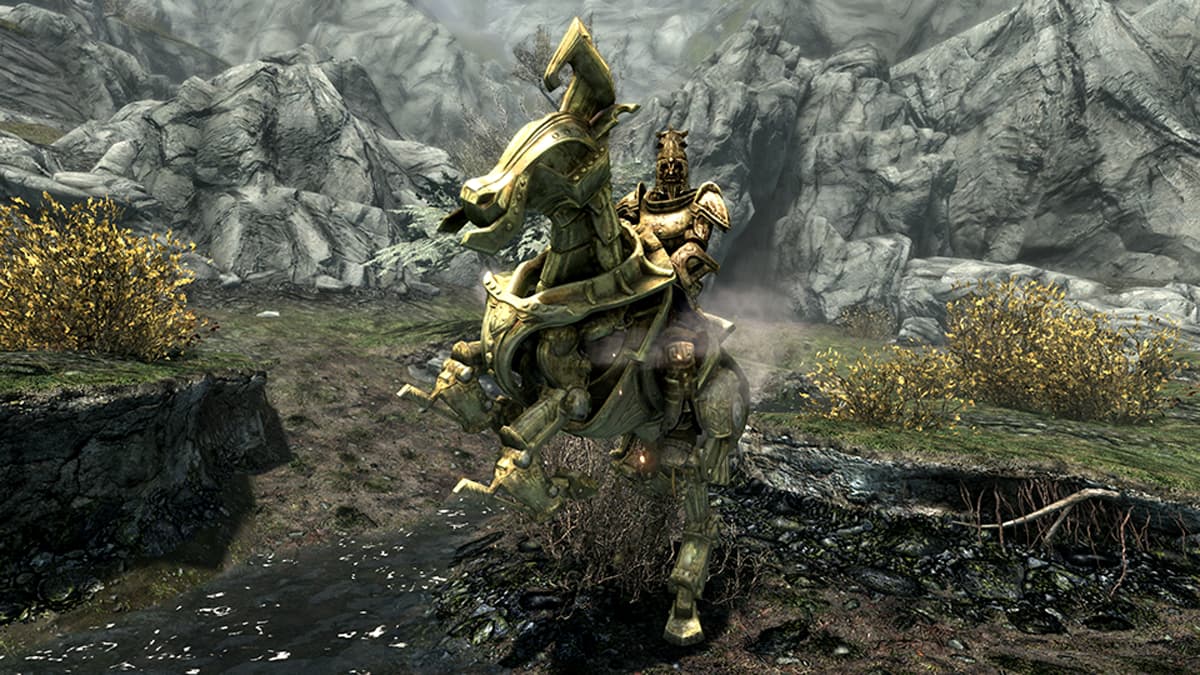 If you want to get around a bit more quickly in Skyrim, a horse is the only mount available. While the base game only featured normal horses as mounts, the Dawngaurd DLC included a skeletal horse named Arvak. For those looking for an even cooler horse, The Elder Scrolls V: Skyrim Anniversary Edition has the mechanical dwarven horse. Here’s how to get the unique mount tied to a quest that is just as fascinating.

You will want to head to Runoff Caverns, a brand new dungeon included with the Anniversary Edition’s Creation Club content. It can be found south of Rorikstead near the tower with a hag inside. Once you arrive, investigate the torso of the dwarven horse on the ground outside of the cave. Doing so will trigger the Dwarven Horse quest.

The quest tasks you with tracking down five separate parts of the dwarven horse inside Runoff Caverns. You will first have to navigate your way through the dungeon until you find the massive dwarven staircase leading to an equally impressive-looking doorway. Finding this area will begin the Forgotten Seasons quest but you don’t need to complete it to get the horse. Move into the next room and head to Autumn’s Bells in the back right corner to find all five pieces of the horse.

Head back outside to where you found the torso of the horse and activate it again. Doing so will reward you with the Vamidium mount.