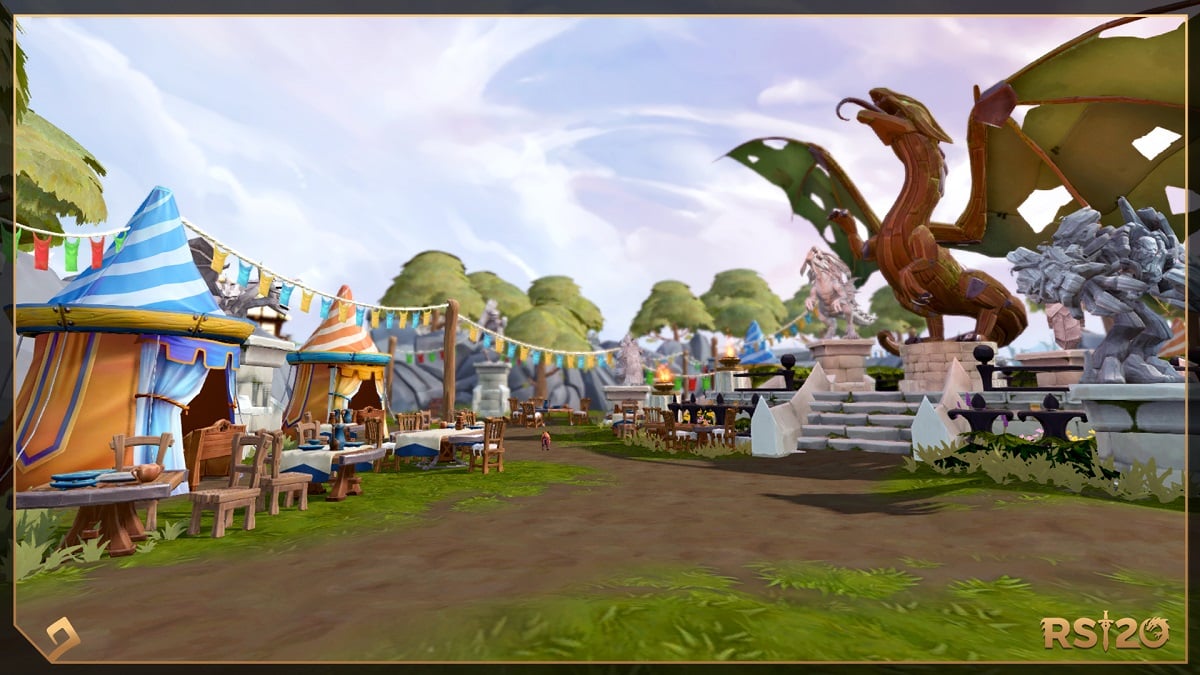 The second week of RuneScape’s 20th anniversary event has arrived, and this week will primarily be focused on celebrating combat. Not only will players have a better chance of landing rare loot drops from the Rare Drop Table, everyone will receive a 50% experience bonus for slayer XP for completing any task, and there are no death costs. So feel free to have a little wiggle room and make a few mistakes. Another big bonus for the event is everyone can receive an Elder Overload buff merely by showing up.

The buff is given to players who make their way to the Grand Celebration happening at the center of Lumbridge. When you arrive, to the left of the Wise Old man is a massive portal, and standing nearby is a pair of Elder Overload golems. These hollow heroes won’t be doing too much, and they can take a beating, but if you attack them, you’ll receive the Elder Overlord buff.

The Elder Overload buff gives players a boost in attack, strength, defence, ranged, and magic power by 17%, and they go up by 5. Normally, the Elder Overload buff only lasts for six minutes, and the potion has six doses for a total of 36 minutes of use. You can get a lot of use out of this, but these golems grant the buff to players for one hour every time you hit. If you want to get the most out of the buff, make sure to give them a good hit and then run off to your favorite activity to do plenty of work. These buffs are free.