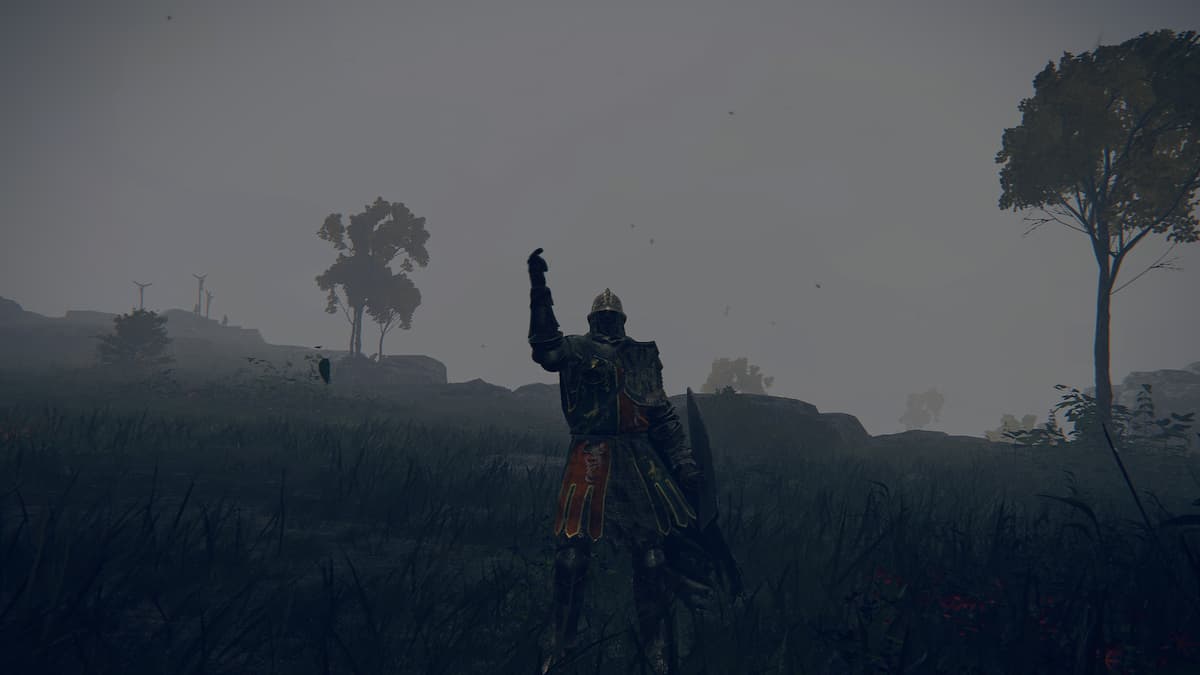 Elden Ring is full of random surprises. Even if you’ve exhausted dialogue with NPCs, or fully scoped out an area, a return visit after critical progress is made — usually a boss gets defeated, or some other major event happens — can yield bonus dialogue, rewards, and even challenges. Silly or interesting looking gestures can be one of those rewards, and can be handy to have for multiplayer. Here’s how to get the Finger Snap gesture in Elden Ring.

Once you’ve defeated Godrick the Grafted, the area boss of Stormveil Castle, head back to the Church of Elleh near the beginning of the game and speak to the merchant Kalé. You may have to exhaust some bonus dialogue unrelated to the gesture first, but he will mention heading into the Mistwood Forest and using the gesture — which is Finger Snap — when you hear wolves howling to potentially gain some allies.

This gesture is necessary to meet the NPC Blaidd at the Mistwood Ruins in East Limgrave, located in the image above. When you enter the ruins, simply use the Finger Snap gesture to have him appear. Be careful to not wake the giant bear that is slumbering nearby. This will begin Blaidd’s side-quests — he is on the lookout for a certain NPC that can be found in Limgrave, named Darriwil.