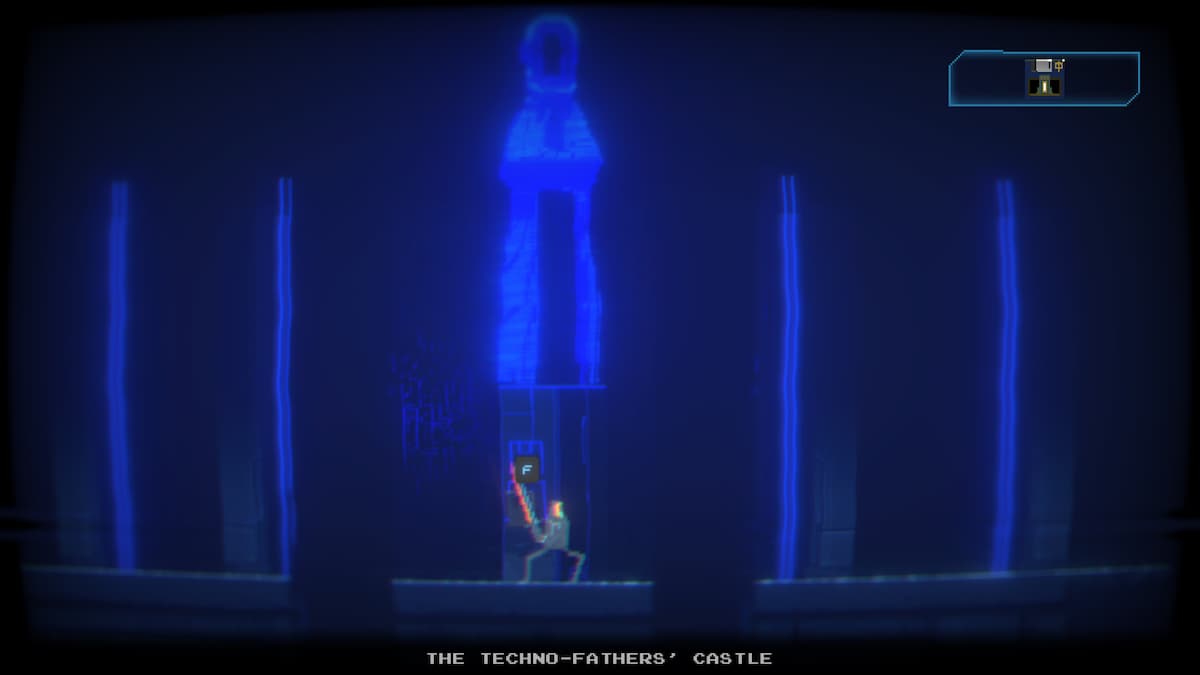 Your main goal in Narita Boy is to find all of the Creator’s memories. However, to get the last memory, you have to find five different pieces of a floppy backup disk and put them together. Each of these is a bit more hidden than most of the other puzzles you’ll be solving, so we’ve got a quick set of tips to find the first piece. You’ll find all of these in the first major area, so if you’ve hit the forest region, you’ve gone too far.

The first secret switch is found just after you unlock the Creator’s first memory. Once you’ve gone through that sequence, you need to head to your right and enter the Calculus 3 room. Inside, you’ll see the statue in the picture above. Clicking on it will unlock the first part of the quest.

The second statue is pretty hard to miss. While you’re solving your first quantum mediator puzzle in The Underground Garden, you’ll see this statue near one of those switches. Simply hit it to unlock the next part.

If you’re going to miss any of the switches, this is the one that’s most likely to stay hidden. Once you’re leaving the Techno-Fathers’ Castle to go talk to Baba, you need to head to your right. Using your new air-dash ability, you can now make it to the ledge that’s almost offscreen. Successfully getting over there will give you access to the final switch.

Now that you’ve hit all three switches, it’s time to head to the hidden room. There’s an area just before Baba’s house that now has an open door. Head inside, and you’ll get the first part of the floppy disk.