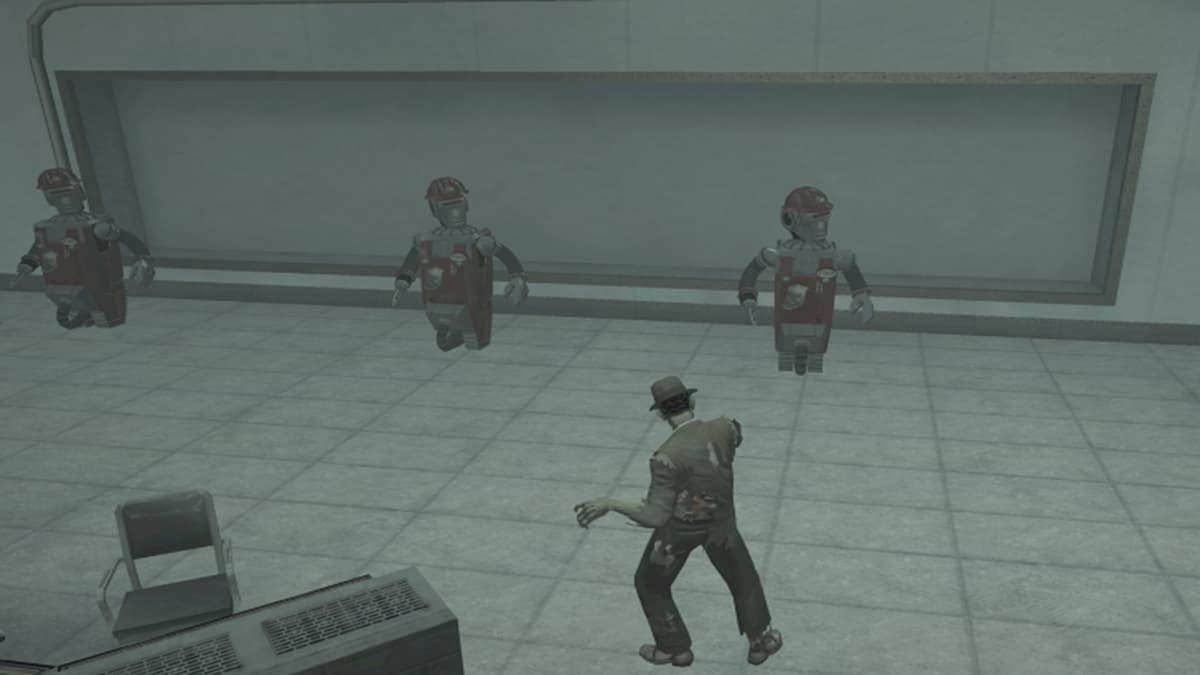 Stubbs the Zombie in Rebel Without a Pulse is a game centered all around the undead. The focus is entirely on taking over Punchbowl City and eating as many brains as possible. That being said, there are multiple achievements/trophies attached to the re-release of the game that are rewarded by you dying (again). The achievement titled The First Law of Robotics has a description that reads, “Get killed by a robot.” Here is how to send yourself to the grave via a robot’s intervention.

While you will come across many robots as you play through Stubbs the Zombie’s story, they can be a little underpowered if you play on Normal or Easy difficulty. For that reason, we recommend waiting to go for this achievement until you reach the level The Doctor Will See You Now.

Fight your way up the multiple floors of the laboratory until you reach a room with two scientists and two robots. In this room, the robots will attack you until you press a red button on the other side of the room. If you are playing on higher difficulties, you can easily get killed by the robots here, but for an even easier way to get killed, keep moving upwards.

Eventually, you will come to a room with six robots lined around the walls. Move forward into the room on the left on the other side of where you entered, and you will find a red button you can press. This will send the robots into a furry attacking anyone in the area, including you and your zombies.

Get the robots to surround you and don’t fight back. If they are not distracted by attacking other zombies, they will all gang up on you and kill you, popping the achievement or trophy.